Interactive Discussion: "The Teatro del Barrio of Lavapiés and the Cultural Economy of Post-Crisis Madrid" 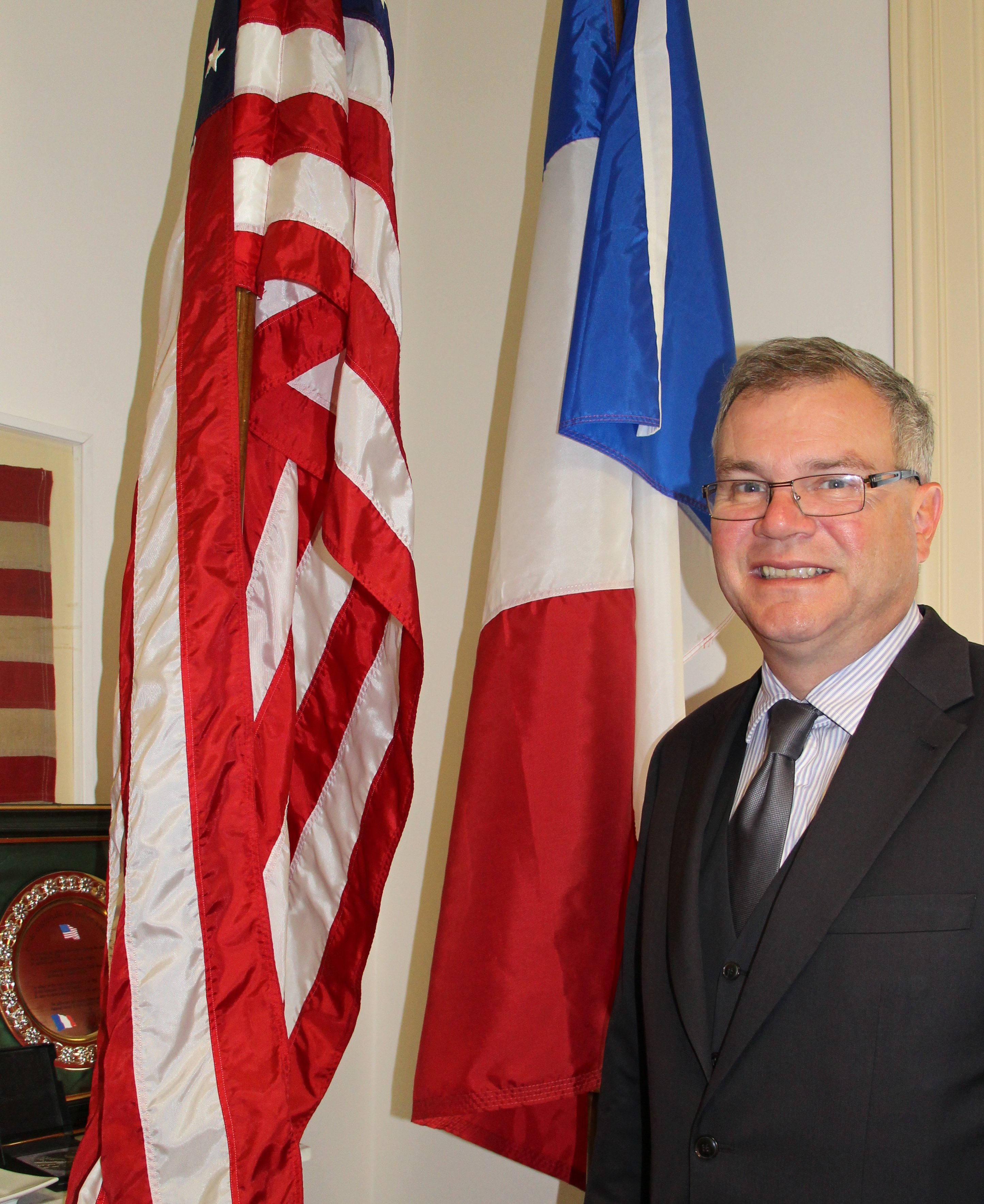 Beaty began his career at the University of Rennes 2, France in 1981 as a lecturer in American studies.  He then worked as the assistant director of courses at two Chambers of Commerce in France.  In 1986, Beaty became the executive director of a bi-national center known as the Franco-American Institute, an organization created by Rennes City Hall, the U.S. Embassy in Paris and Rochester, N.Y. City Hall in 1961.

In 1999, Beaty was instrumental in setting up the United States Consulate for Western France. He was hired in 2000 by the U.S. State Department that same year as the Economic and Commercial Attaché.

Beaty has participated in the organization of 14 White House visits and 36 congressional delegation visits.  He has chaired the Rennes-Rochester, N.Y. sister-city relationship since 1986.   He is on the board of the University of Rennes 2.  Beaty has received 18 meritorious and superior service awards from the White House, the U.S. State Department and the U.S. Department of Commerce.  Beaty received a National Export Initiative award for his export success stories in 2011. 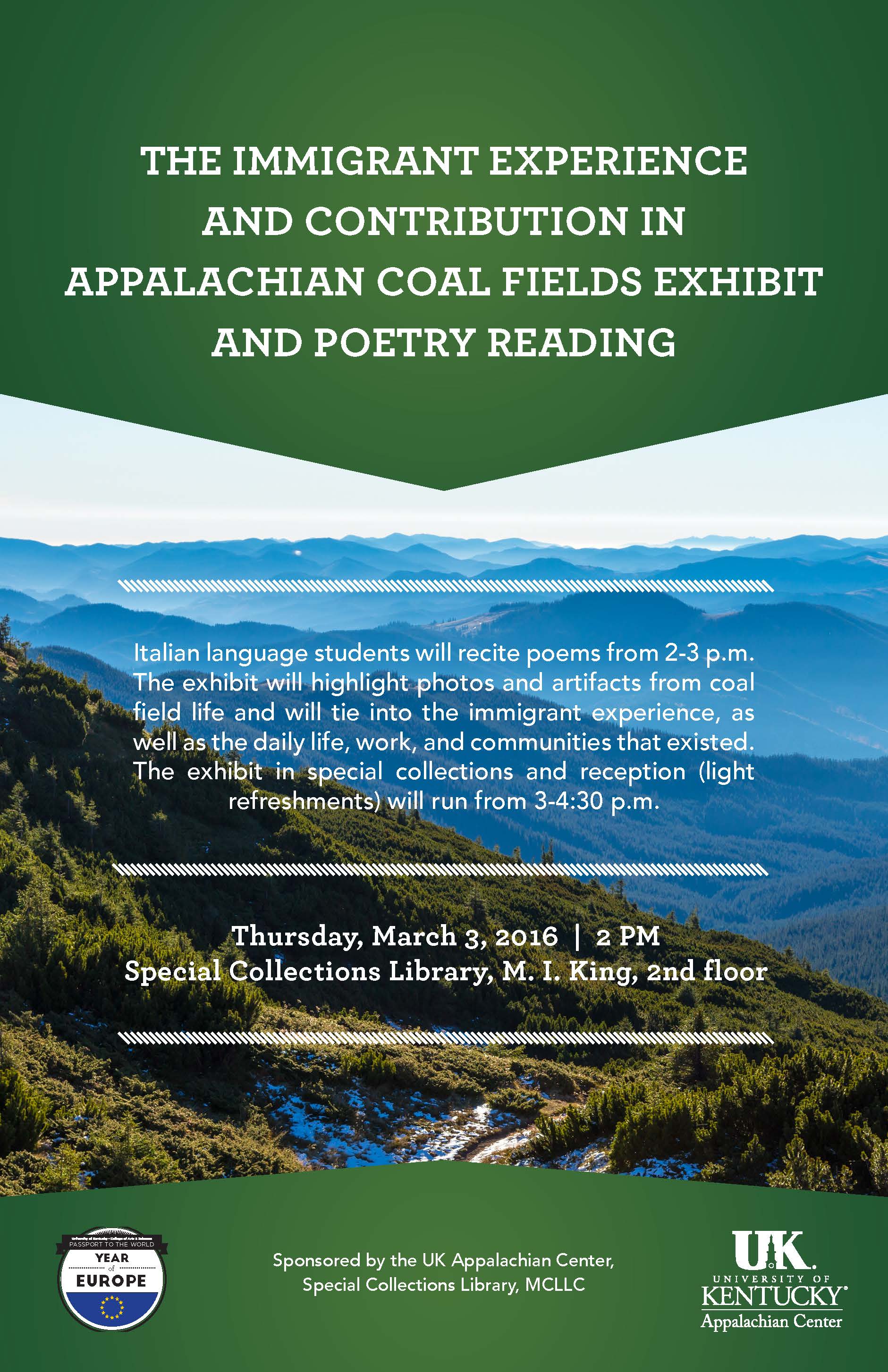 Bale Boone Symposium: Europe Today and the Memory of Violence

Symposium: Europe Today and the Memory of Violence

All sessions at W. T. Young Auditorium, University of Kentucky

Bale Boone Symposium: Normalizing the Nation: Commemorating the State in Berlin and Dublin, 2013-2016

Karen E. Till is Senior Lecturer of Cultural Geography at Maynooth University and Director of the Space&Place Research Collaborative. Till’s geo-ethnographic research examines the significance of place in personal and social memory, and the ongoing legacies of state-perpetrated violence. In addition to numerous articles and chapters, her publications include The New Berlin: Place, Politics, Memory(2005), Mapping Spectral Traces (2010), and the co-edited volumesTextures of Place (2001) and Walls, Borders and Boundaries (2012). Till’s book in progress, Wounded Cities, highlights the significance of place-based memory-work and ethical forms of care at multiple scales that may contribute to creating more socially just futures.

Throughout Europe, a wave of anniversary commemorations remembering events such as war and division has been celebrated over the past five years. Using examples from the ‘Super-Gedenkjahr’ in Berlin (2014) and the ‘Decade of the Centenaries’ in Dublin, I examine how recalling difficult pasts may extend conservative agendas of ‘normalising’ the nation, but may also work to recall the foundations of the democratic state as a means of challenging forms of current-day social violence in a neoliberal and transnational Europe. 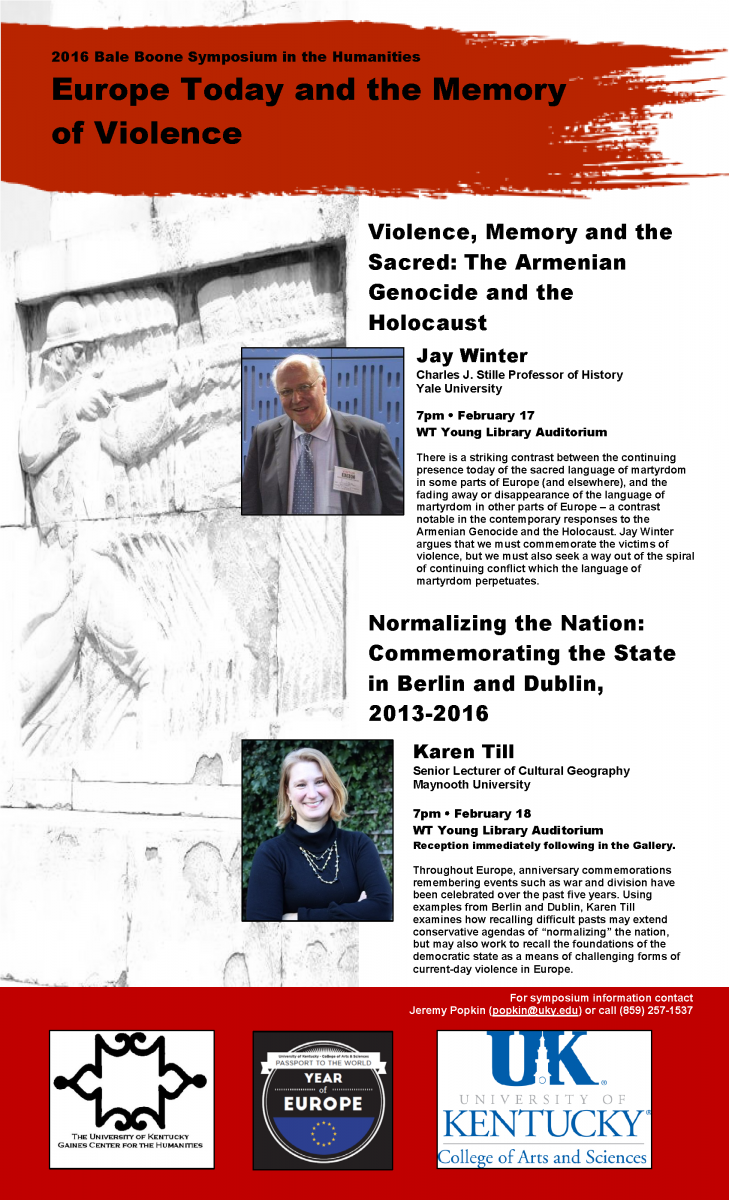 Please, join the UK Appalachian Center, Special Collections Library, and the Department of Modern and Classical Languages, Literatures, and Cultures for a very exciting Event as a part of the Arts & Sciences Year of Europe. This event is free for all UK Students, Faculty, and Staff and will be located in the M. I. King Special Collections Library on the 2nd floor on Thursday, March 3, 2016.  Italian language students will read selected poems from 2 p.m. to 3 p.m.  This will be followed by an exhibit entilted The Immigrant Experience and Contribution in Appalachian Coalfields from 3 p.m. to 4:30 p.m.  Light refreshements will be served. 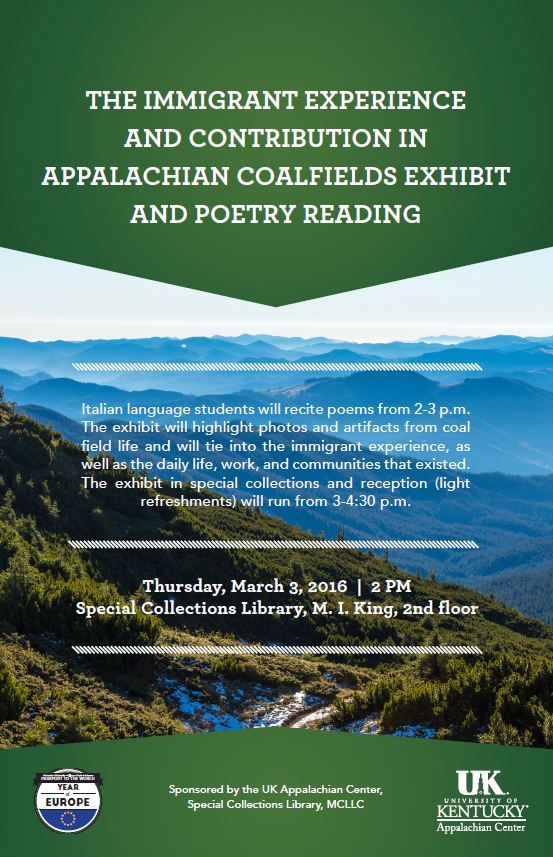 Roma Forestiera: Migrant Music in Rome, followed by reception and screening of Matewan

Please, join us on Wednesday, March 2, 2016 for a very special event!  As a part of the Arts & Sciences Passport to the World, Year of Europe, the UK Appalachian Center welcomes Alessandro Portelli for a talk entitled Roma Forestiera: Migrant Music in Rome.  The talk will be held in the UKAA Auditorium in W. T. Young Library from 3:30 p.m. to 5 p.m.  This will be followed by a reception with light refreshments from 5 p.m. to 6 p.m. in the Alumni Gallery.  A screening of the film Matewan will be offered in the Auditorium from 6 p.m. to 9 p.m. with an introduction by Professor Portelli.  This event is free for UK Students, Faculty, and Staff. 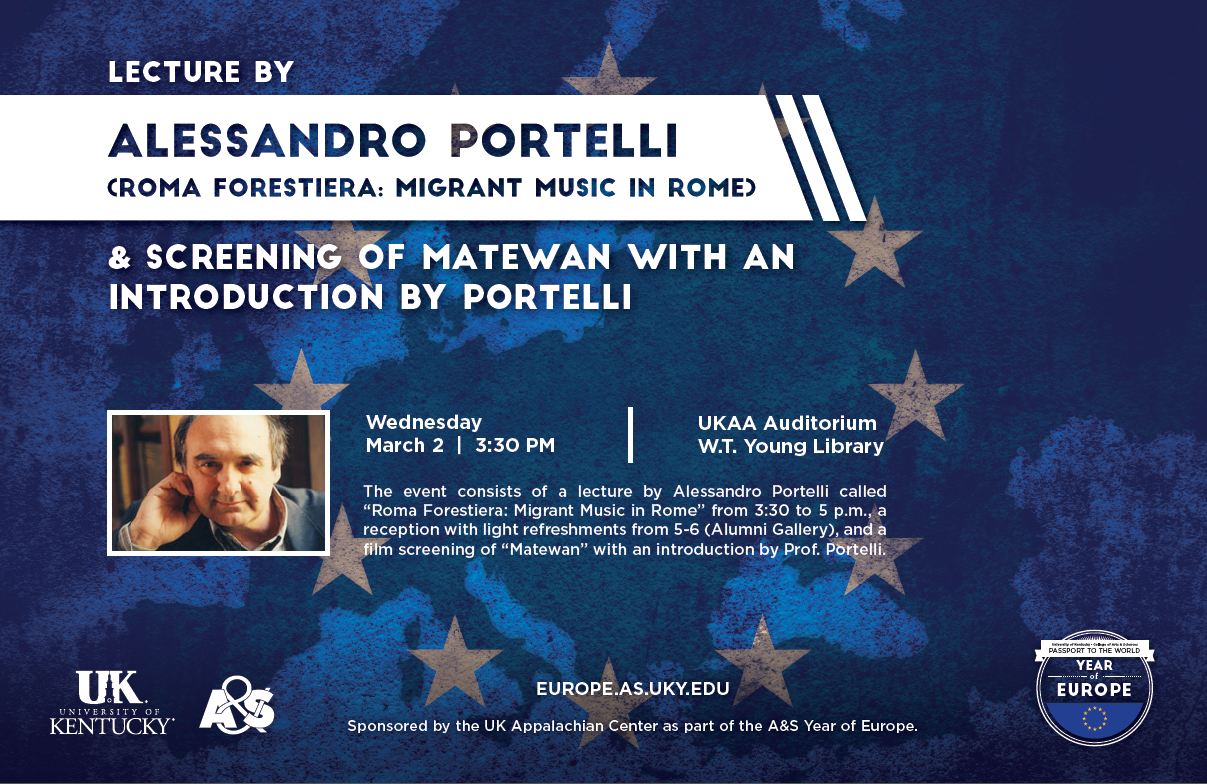