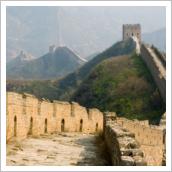 The University of Kentucky Confucius Institute (UKCI) administered an exam in mid-October, which amounts to more than just a language proficiency score.

The HSK exam, designed for non-native Chinese speakers, determines U.S. college students' eligibility for short-term and long-term scholarships to study in China. As increasing numbers of UK students express academic interest in the region, because of UKCI's strengthening ties with Chinese institutions and campus initiatives such as the College of Arts and Sciences' Year of China, this exam has become a crucial component in acquiring scholarships.

UKCI Director Huajing Maske said that it is important for students pursuing Chinese studies to plan for the test early in their academic careers so they have more scholarship options.

"Because most scholarships require an HSK score, if students begin planning for it early, they can arrange their coursework accordingly and prepare to the best of their ability," Maske said. "The fact that we administer the exam here at the UK Confucius Institute is a big advantage for our students because they don't have to travel to take the exam."

Hanban, the Confucius Institute headquarters in Beijing, designated the UK Confucius Institute as the official Chinese proficiency test center for the entire state of Kentucky. Maske said this designation reflects Hanban's acknowledgement of the success the institute has demonstrated at UK since its founding in 2010.

"From the point of view of infrastructure, UK is the flagship university of the state of Kentucky, and Hanban clearly knows this," Maske said. "Our land grant status and the fact that, through the land-granting, UK has the presence in Kentucky's 120 counties are very important factors for why we were chosen."

The HSK exam is administered three times a year. The format includes both written and oral components, ranking speakers into six different levels in writing and three different levels in speaking. It gauges proficiency in using the language in daily, academic and professional environments.

UK student Brent Bondehagen completed the most recent exam facilitated at the UKCI.

"I think everyone who is studying Chinese language should consider taking the HSK test," Bondehagen said. "By making passing the test a goal of mine, I was able to stay motivated to improve my Chinese language ability. Also, it is a good resume booster!"

The mid-October HSK exam was the first administered by the UKCI. Approximately 20 students are currently registered to take the next exam in November.

For more information on the HSK exam and the UK Confucius Institute, click here.

Established in 2010, the UK Confucius Institute is a center for Chinese language, culture, art and business. As UK’s and Kentucky's  gateway to China, the UK Confucius Institute serves as conduit for UK’s China Initiatives, provides leadership and support for the Chinese language programs in Kentucky’s K-12 classrooms and  conducts Chinese cultural outreaches to the community.