I walk to work. Everyday. I realize that not everyone has this opportunity, and even when presented with it, often times it is not the most logical or efficient means of commuting. Fortunately for me, walking to work is the best way to commute. Stepping out my door, I stick in my ear buds and within 15 minutes or so, I'm at the office. Walking to work gives me a chance to clear my mind and commute peacefully, not having to deal with rush hour traffic. With the morning sun shining down on me, I know it's going to be a good day - and I haven't even had my first cup of coffee. 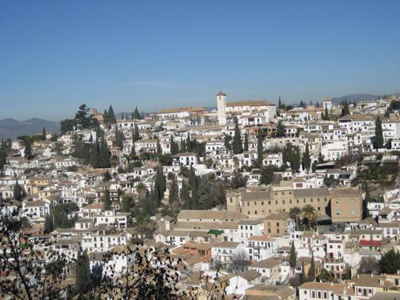 I was extremely fortunate to be able to spend the Fall 2010 semsester studying abroad in Granada, Spain. Like much of the rest of western Europe, the citizens of Granada took full advantage of the public transportation system. In Granada this means taking the bus, for they have no subway or rail system. Aside from being the most beautiful city I've ever seen, Granada is also relatively small. I could walk from one end to the city to the other in about an hour and a half. Due to spatial and economic reasons, many Granadinos don't have a car (and you thought our gas prices were high!). Naturally, they are forced to walk or ride a bike or take the bus everywhere. Can you imagine the majority of Americans doing the same?

I don't want to turn this conversation into one of those "Europe vs. America" discussions. I just think it's important for people to consider something more than they already know. Consider that your car is not the only means of transportation. I think it's important for everyone's physical and mental well-being, the community, and the environment as a whole. The city of Granada is designed very differently than Lexington. Space and resources were scarce. People and places were in such close proximity that I could walk to class, the grocery, restaurants, the bullring, and the hospital without any trouble. The locals there told me that my walk to class (30-40 minutes) was "very close." Things are different here, believe me, I understand.

Also, I'm not saying that the solution is to sell your car and start hiking it to work everyday. Like I said, for many of us, driving is often the more efficient solution. 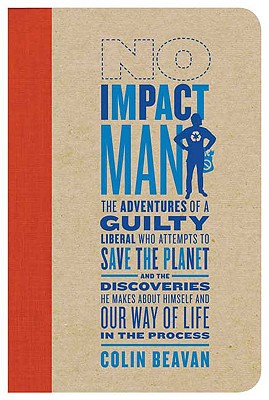 But perhaps undertaking huge changes in smaller bits can help us acheive our goals more realistically and happily. Baby steps has been the mantra of many people for all kinds of things. Thanks to UK's Common Reading Experience, No Impact Man: The Adventures of a Guilty Liberal Who Attempts to Save the Planent, and the Discoveries He Makes About Himself and Our Way of Life in the Process, I realize that that big changes need to be broken up into smaller parts. For me, this means that to be healthy and environmentally conscious, among other things, I will walk to work and take the stairs as much as possible. I work in POT, and I consult with coworks on several different floors. Why take the elevator? It's not that much quicker, and a brisk climb up 5-6 flights of stairs is a great way to energize yourself during the middle of the day.

Song of the Day - "Wooden Ships" by Crosby, Stills, & Nash