On The Move and Staying Put: Jennifer Hamilton 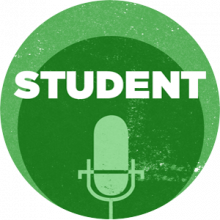 The educational rabbit-hole of entering the medical world can be a time consuming one. Often students feels that they don’t have time to squeeze in an elective of their choice — much less a semester abroad. Jennifer Hamilton however, was able to study abroad twice while earning her undergraduate degree in biology. Hamilton attributes this achievement to her College of Arts and Sciences advisor who guided her through the study abroad process, helped with scholarships, while also keeping her on track academically.

After applying and being accepted to numerous public and private medical schools, she decided to remain at the University of Kentucky and is now in her first year. Hamilton says herself that she feels “A&S and UK's Biology department more than prepared me to be a competitive applicant to public and private medical schools as well as in-state and out-of-state ones and it showed in the schools I was accepted into.”

The guiding hand of an A&S advisor paired with a biology major allowed Hamilton not only to prepare herself for medical school through the courses she took but also through lived experience, both here and abroad.

This podcast was produced by Patrick O'Dowd.