After ten years as a University of Kentucky development officer, Mary Kathryn returned in 1990 to the Department of English where she had earned a master’s degree in 1978. Over the last twenty-one years she has taught across the Department ‘s catalog of writing courses  and literature surveys, as well as worked at the Writing Center and as writing adjunct to the College of Engineering , where in 2006 she wrote the Principal investigator’s Guide to Preparing State Planning and Research Program Reports for the Kentucky Transportation Center.   An award-winning teacher, she is proud to count prizewinning and published researchers and writers among her former students.

In 2010 she was named to the newly-formed Division of Writing, Rhetoric, and Digital Media. In addition to piloting a WRD first-year writing section in 2010-11, she has continued in roles as coordinator of UK 100 writing readiness workshops for the College;  as coordinator-liaison for the University of Kentucky Athletics Association-WRD partnership for tutoring and compliance; and as reader for the grade appeals committee. With co-developer Deborah Kirkman and five stellar graduate instructors, she launched the first online version of WRD 203, a business writing course, as part of A & S’s Summer11 Online. Earlier she had contributed a chapter to the in-house text for the traditional version of the course. Along with UK 100 graduate student colleague Alison Hitch, she authored a paper and presentation for the 2011 College English Association national conference.

While cultivating an area of expertise among “differently prepared” writing students, she has taught for the Center for English as a Second Language and the Office of International Affairs Fulbright “Discover the USA” program for visiting German undergraduates.  In teaching among higher education “border populations” such as internationals, scholarship athletes, novice writers and first-generation collegians, she focuses on classroom methods and assignment materials that encourage analysis (prior to evaluation), synthesis, and immediate application of information and skills. A current research interest is the retention and long-term academic success of these particular groups who often prove more vulnerable and sensitive to socio-economic, political, and family dynamics and upheavals.

In WRD Mary Kathryn holds the unique distinction of being both senior lecturer and the most senior citizen. 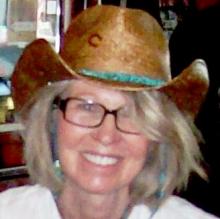