Though now retired, he pursues one of his avocations which has to do with the history  of religion and politics in America, and he continues to teach an undergraduate course on this topic.

Light House Award for Promotion of Diversity on Campus, 1999

“Giving and Forgiving: Augustine on Eleemosyna and Misericordia,” Augustinian Studies 32 (2001), 25-36

“Ambrose” and “Almsgiving” in The Encyclopedia of Early Christianity, New York (1990). 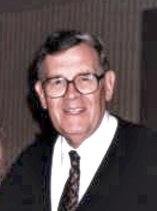