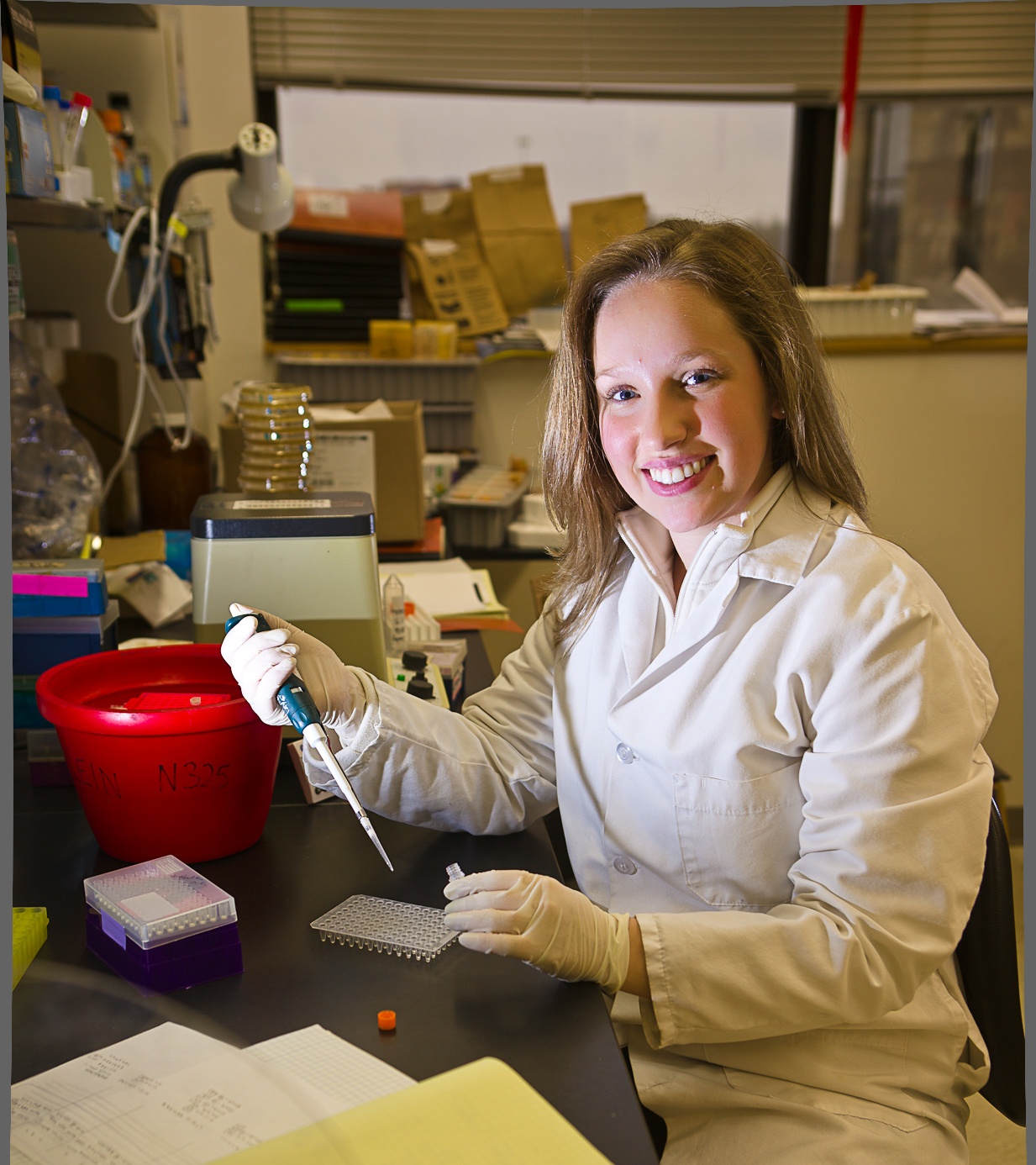 The Astronaut Scholarship Foundation (ASF) has selected University of Kentucky senior Taylor Lloyd, of Union, Ky., as one of this year's 26 recipients of the prestigious $10,000 scholarship. The ASF Scholarship is presented to outstanding college students majoring in science, technology, engineering or math.

"Taylor is an extraordinary student who shows incredible success in her studies and undergraduate research," says UK President Eli Capilouto. "We are thrilled to see her hard work recognized by the Astronaut Scholarship Foundation. We believe she will be a major contributor to her field in the future, and this scholarship will help make that possible."

Astronaut Scholars exhibit motivation, imagination and intellectual daring, as well as exceptional performance, both in and outside the classroom. The foundation has awarded more than $3 million in scholarships to date, including $121,000 in scholarships to UK students alone.

Lloyd, the daughter of Gregory and Melinda Lloyd, attended Larry A. Ryle High School before coming to UK. At the university, she is pursuing a bachelor's degree in agricultural biotechnology and biology. In addition to her studies, Lloyd is a Chellgren Fellow and member of the Society for the Promotion of Undergraduate Research and Alpha Delta Pi Sorority. She is also a 2011 recipient of the Barry M. Goldwater Scholarship.

As an undergraduate, Lloyd has been active in the university's research enterprise. She currently is part of a project examining the temperature and light signaling pathways that govern the germination of seeds. Understanding these mechanisms would allow researchers to improve agriculture and meet the world's demands despite climate change. Lloyd works out of the lab of Bruce Downie, associate professor of horticulture at the UK College of Agriculture.

Lloyd, who pursued the ASF Scholarship to help fund the rest of her undergraduate studies, is excited to be named a recipient and for what it means to her plans for future studies. After graduation, she hopes to pursue a doctoral degree in seed biology and plant pathology. Upon completion of her doctoral degree, Lloyd would like to pursue research and teach at a major university, maybe even in Kentucky. "I would love to come back to UK to teach and establish my own lab," says the Astronaut Scholar.

Lloyd pursued the ASF Scholarship opportunity through the university's Office of External Scholarships. The office assists current UK undergraduate and graduate students and recent alumni in applying for external scholarships and fellowships funded by sources (such as a nongovernment foundation or government agency) outside the university. These major awards honor exceptional students across the nation.

The Astronaut Scholarship Foundation is a nonprofit organization established by the Mercury Astronauts in 1984. Its goal is to aid the United States in retaining its world leadership in science and technology by providing scholarships for exceptional college students pursuing degrees in these fields. Today, more than 80 astronauts from the Gemini, Apollo, Skylab, Space Shuttle and Space Station programs have joined in this educational endeavor. For more information on this foundation, visit online at www.AstronautScholarship.org.