In the largest grant ever awarded to the University of Kentucky, researchers from UK's Center on Drug and Alcohol Research (CDAR) and across campus — in partnership with the Kentucky Cabinet for Health and Family Services and the Justice and Public Safety Cabinet (JPSC) — will lead a project as part of the HEALing Communities study.

The four-year, more than $87 million study has an ambitious but profoundly important goal: reducing opioid overdose deaths by 40 percent in 16 counties that represent more than a third of Kentucky’s population.

The university’s largest previous grant was a $25 million award for math and science education in Appalachia.

The study is part of the NIH HEAL (Helping to End Addiction Long-term) Initiative, a bold, trans-agency effort to speed scientific solutions to stem the national opioid crisis.

The goal is to develop evidence-based solutions to the opioid crisis and offer new hope for individuals, families and communities affected by this devastating crisis. More broadly, the idea is to see if solutions in different communities across the state can be scaled up and replicated as part of a national approach to the challenge.

The award was announced Thursday by U.S. Secretary of Health and Human Services Alex M. Azar at a press conference in Washington D.C.

“Kentuckians know the insidiousness of this disease better than most,” said UK President Eli Capilouto. “The opioid epidemic does not discriminate by zip code, race, income, or any other demographic characteristic. It is not a character or moral failing, but an illness. It's unforgiving. It touches us all. We all know someone — a member of our family, a loved one, a lifelong friend or classmate — whose life has been damaged by this illness. Its victims are us. But there is hope. There is us. That is why we believe aggressive, ambitious change is possible. Indeed, it is essential. That is why we believe we can — and must — lead the way.”

Capilouto said the grant is a testament to UK’s strong partnership with the state.

“We are incredibly grateful for the support we’ve received from Gov. Bevin and his administration,” Capilouto said. “Today, we are declaring in a united voice that we can stem this devastating tide. We look forward to our continued partnership with the Governor as our efforts, together, yield a better future for the state we serve.

“We owe a debt of gratitude to Leader McConnell, Sen. Paul, Rep. Barr, and Rep. Rogers — and our entire federal delegation — for their enduring support of UK’s efforts to build a brighter future for Kentucky. Together, our elected officials and the University for Kentucky are committed to stemming the deadly tide of addiction that has claimed too many Kentucky lives. Their support has been, and will continue to be, crucial to fulfilling our promise of hope and healing for the people of the Commonwealth.”

Chair of the UK Board of Trustees Britt Brockman said that the grant is an investment in Kentucky’s future.

“This grant is a recognition that this university — the University for Kentucky — must lead in helping shape a brighter future for the Commonwealth we have served for more than 150 years,” Brockman said. “In partnership with state government, we are taking on the bold — but essential — goal of combating the epidemic of opioids that is destroying lives and ravaging communities. This grant represents the hope and promise that we can change that, that we can bring help and healing to our state and our country. Our university was founded to lead in this way. We look forward, in partnership with our state, to meeting this challenge.”

Consider the dimensions of the problem nationally and in Kentucky:

Not only are these staggering figures likely underestimated, they also fail to capture the full extent of the damage of the opioid crisis, which reaches across every domain of family and community life — from lost productivity and economic opportunity, to intergenerational and childhood trauma, to extreme strain on community resources, including first responders, emergency rooms, hospitals, and treatment centers.

"We are the University for Kentucky. This grant is a testament to that fact and underscores our collective capacity in this state to stem a deadly tide,” Capilouto said. “The scourge of opioid abuse is an epidemic across our state and across much of the country. Working in partnership at the state and federal levels, we have developed the intellectual talent and infrastructure to attack this challenge. We owe a debt of gratitude to the leadership of Senate President Robert Stivers and the far-sighted vision of the General Assembly in funding, in partnership with us, the Healthy Kentucky Research Building, which gives us a state-of-the-art facility to advance discovery. As importantly, together with the state, we have the reach and partnerships at the local level across our Commonwealth to develop and seek community-based solutions to a widespread and deadly challenge. Now is the time to lead. Now is the time to act.”

Sharon Walsh, Ph.D., director of UK's Center on Drug and Alcohol Research (CDAR), is the principal investigator (PI) of the Kentucky study and will lead a team of more than 200 researchers, staff and state and community partners involved in the project.

"The goal is to show meaningful change in the overdose death rate in a short period of time and to do so in a way that can reveal what evidence-based interventions are effective in the community," Walsh said. "'What will work? Is it distributing more naloxone? Is it educating people better about evidence-based treatment? Is it expanding access to treatment and decreasing barriers? For example, if we pay for someone to have transportation to get to their treatment program will that help them stay in treatment?' We know that people face real barriers accessing treatment and staying in treatment.  We would like to remove those barriers because we also know that being out of treatment is a risk for death."

UK researchers are hoping to reduce deaths and substance abuse by leveraging existing community resources and initiatives to deploy a robust and comprehensive set of evidence-based interventions.

Sixteen counties in Kentucky that are "highly affected communities" have been identified to be included in the randomized study.

Overall, these rural and metropolitan counties had 764 opioid overdose deaths in 2017 with two-thirds of them involving fentanyl. They also represent about 40 percent of the state’s overall population of more than 4 million people.

The counties involved in the study will be randomized in two separate waves with theory-driven implementation strategies deployed during an initial eight-month phase followed by an observation period to gauge the impacts of the interventions on OD-related outcomes.

Researchers will work closely with community coalition partners to ensure a community-centered approach and to maximize engagement. In addition, a comprehensive health communication strategy will be used to reach the public, reduce stigma and increase awareness of — and access to — the interventions available through the program.

By implementing the "multi-level, multi-target, integrated evidence-based interventions" in the highly affected communities selected in the study, researchers hypothesize opioid OD deaths could be reduced by as much as 40 percent. The study will seek to bear out the hypothesis.

The study’s aims also include:

The study is being carried out in partnership with the Substance Abuse and Mental Health Services Administration (SAMHSA), which provides support for many of the local prevention, treatment and recovery support services to be studied.

"I am so proud that we could bring together this group of collaborators who are renowned experts in their respective fields, passionate about this topic, and who also happen to work at UK," Walsh said. "There's a lot of work in front of us to implement this grant, to get the project rolling and to get communities engaged but I just like to look forward and imagine three years or so from now where we've really seen a downturn in overdose deaths and can attribute some of that to the HEALing Communities Study." 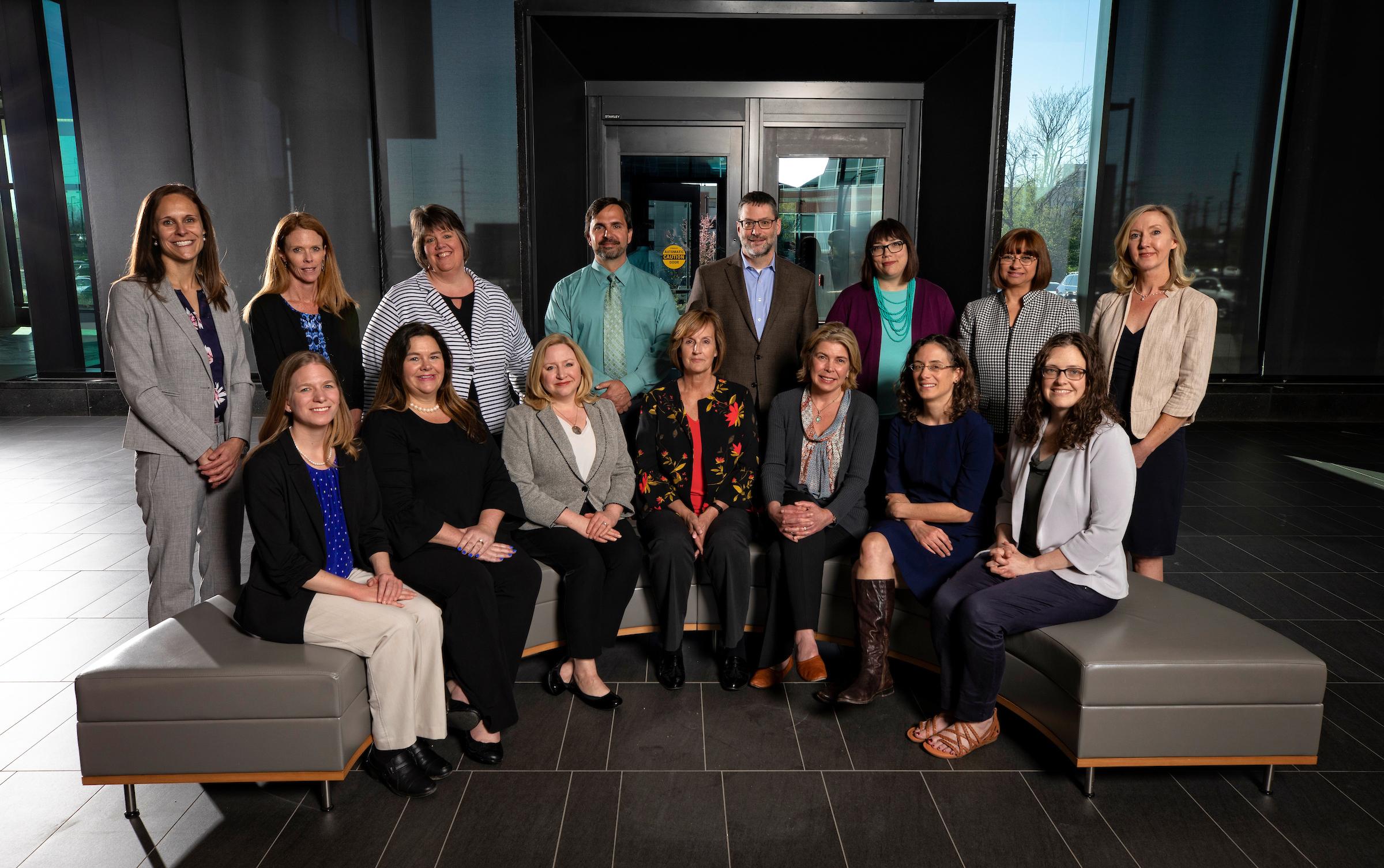