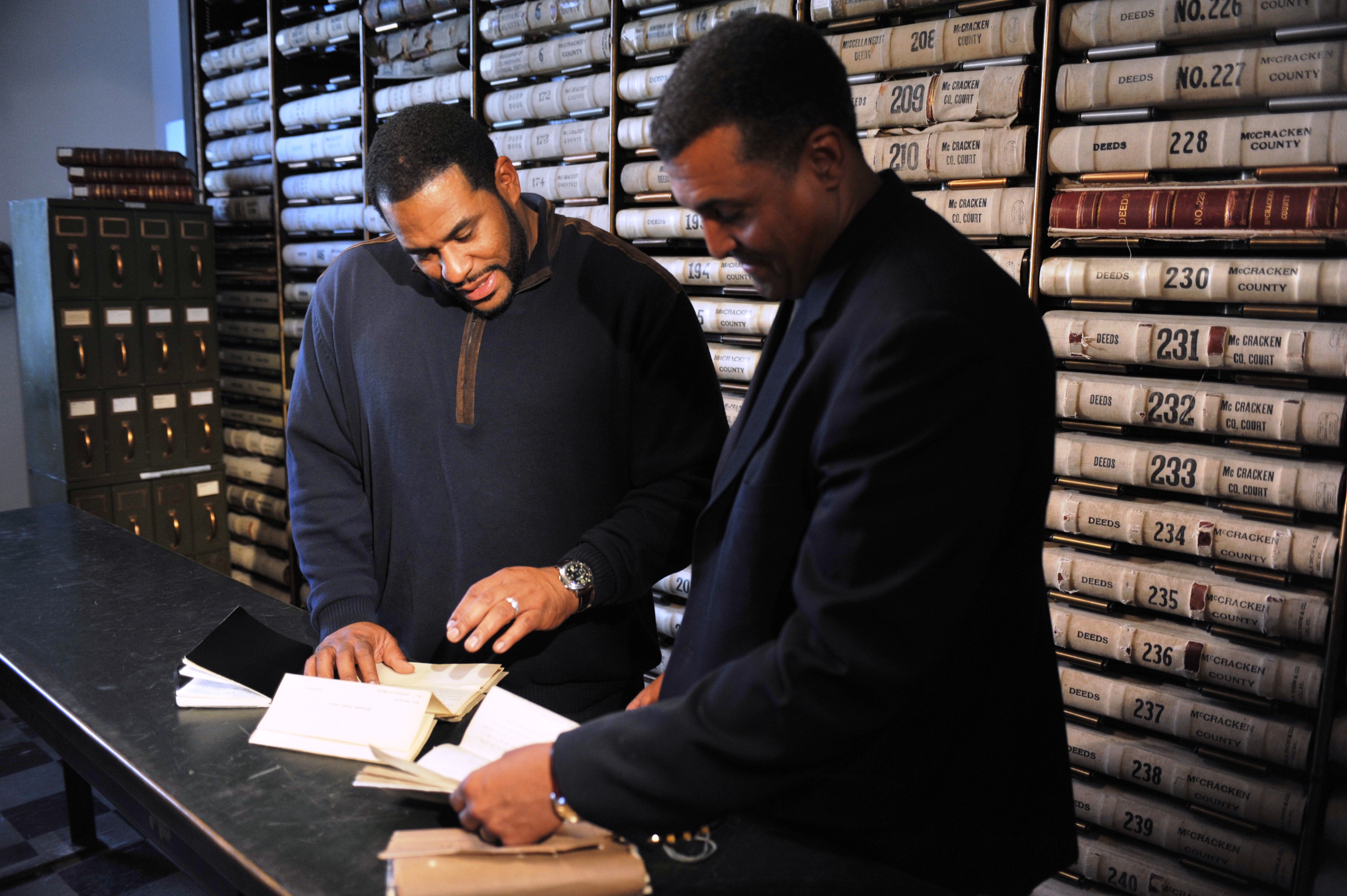 Who do you think you are? That is precisely the question an NBC TV show of the same name answers for interested celebrities. Gerald Smith, associate professor of history at the University of Kentucky and general co-editor of the Kentucky African American Encyclopedia Project, will join the TV show on this quest to answer just that question for former Pittsburgh Steeler Jerome "The Bus" Bettis. The episode of "Who Do You Think You Are?" featuring Bettis will air at 8 p.m. Friday, March 9, on NBC (local residents can see the show on local affiliate WLEX 18 and Insight Cable channel 8).

On Friday's episode, Smith travels to Paducah, Ky., to meet with the former professional football player and discuss his Kentucky ancestors at the McCracken County Courthouse. The UK historian gives Bettis information and insight on members of his mother's family who lived around the western Kentucky community.

Smith, who also is a Baptist minister, was selected to appear on "Who Do You Think You Are?" based on his knowledge of African-American church history and his work chronicling African-American history in Kentucky.

"I was contacted by the Los Angeles based producers to look over some documents they had collected on a research trip," Smith said. "They asked me some questions on African-American church history and to look over some of the documents they had gathered. John Hardin (one of Smith's co-editors on the Kentucky African American Encyclopedia) and I had lunch with the producers in Frankfort last October."

Smith enjoyed working with Bettis on his genealogy and was impressed with the work the TV series puts in on revealing the celebrities' stories.

"There is a tremendous amount of research, preparation, planning and organization that goes on behind the scenes," Smith said. "The reaction of the celebrities is genuine. I enjoyed working with Jerome. His curiosity and enthusiasm to learn more about his family was contagious."

Smith's passion in recent years has been capturing and telling the stories of Kentucky's African-American population through the Kentucky African American Encyclopedia, and he feels the NBC TV show is another great tool for sharing this message.

"This kind of show is indicative of just how much African-American history is a central part of the American fabric," Smith said. "It demonstrates how ordinary Kentucky African Americans were instrumental in shaping the values and identities of African Americans whose family members moved out of the state and on to do extraordinary things in life. Their untold stories are part of the Kentucky story as well as the American story."

Smith is excited to tune in to "Who Do You Think You Are?" like the rest of America to see Bettis' story unfold.

"I have not seen my segment or the rest of the program," Smith said. "So, it will be interesting to see how each scene unfolds and how Bettis responds to the ending. I thoroughly enjoyed the experience."

In addition to promoting an interest into genealogy and family history, Smith hopes that this episode of "Who Do You Think You Are?" will spark an interest in local viewers for the Kentucky African American Encyclopedia project.

Thought to be the first state encyclopedia of its kind in the nation, the Kentucky African American Encyclopedia will provide a comprehensive volume of research on the black experience in the Commonwealth, including entries on the individuals, events, places, organizations, movements and institutions which have shaped the state's history since its origins. Smith, Hardin and co-editor Karen Cotton McDaniel, visiting professor at Eastern Kentucky University and UK alumna, have been hard at work on the encyclopedia since 2006.

Smith hopes the encyclopedia will be published in 2014 by University Press of Kentucky, but the project is still in desperate need of assistance to ensure the publication will be completed.

"More than half of the entries for the Kentucky African American Encyclopedia have been completed," Smith said. "The key now is to raise money to hire undergraduate and graduate students to help conduct research and write entries. Additional funds will be needed to print the volume and cover copyediting, design, indexing, etc."

For more information on the Kentucky African American Encyclopedia, email uk-kaae@lsv.uky.edu, call (859) 257-2110, or visit the project online at www.uky.edu/OtherOrgs/kaae.