'UK at the Half' Features Kentucky Professor of the Year 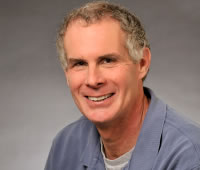 Jonathan Golding, University of Kentucky psychology professor who was recently named Kentucky Professor of the Year, was the guest on Saturday's "UK at the Half," which aired during the UK vs. Tennessee-Chattanooga game that was broadcast on radio.

"UK at the Half" airs during halftime of each UK football and basketball game broadcast on radio and is hosted by Carl Nathe of UK Public Relations and Marketing.