From Muslim Refugees to Islamist Militants: Violated Bodies and Sovereign Territory in the Kashmir Jihad

"Court" deals with an aged Marathi folk singer living in Mumbai, Narayan Kamble, who's arrested on a bizarre accusation.  The state alleges that a song he performed drove a manhole cleaner to commit suicide, and that he is therefore responsbile for the man's death.  The case comes to the attention of Vinay Vora (Vivek Gomber), a well-educated and well-off lawyer who picks up Narayan's fight.  He's up against the public prosecutor Nutan (Geetanjali Kulkarni), who couldn't be bothered with the plight of Narayan or the logic of the case.  Together they're in front of Judge Sadavarte (Pradeep Joshi), who doesn't care for anything except unpholding his archaic morals and interpretation of the law.  In the funniest scene in this surprisingly funny film, the Judge refuses to hear a case because the plaintiff, a woman, is wearing a sleeveless top.  There are times when it feels as though the real accused in "Court" are India's judicial system and society.

The Clay Bird takes place in the late 60s, in East Pakistan, on the eve of a violent revolution that created the independent state of Bangladesh.  Anu (Nurul Islam Bablu) lives with his fundamentalist Muslim father, Kazi (Jayanto Chattopadhyay), who practices homeopathic medicine.  Anu's mother, Ayesha (Rokey Prachy) was once a spirited girl, but she's become sullen in subservience to her increasingly taciturn husband.  Anu also has a sweet but sickly little sister, Asma.  Milon, Kazi's younger brother, is involved in local politics, protesting against Pakistan's military rule.  He also takes Anu to the lively local Hindu festivals.  Finally, worried for his son's spirituality, Kazi sends Anu away to a madrasah, a strict Muslim boarding school.  There, the sweetly inquisitive boy is an outcast, so he befriends another outcast, Rokon (Russell Farazi), who invites him to play catch with an imaginary ball.  (In the strict teaching of the madrasah, the boys are not allowed to employ objects or boundaries in their play.)  As Anu adjusts to life away from home, Asma grows gravely ill, and Ayesha is frustrated by Kazi's refusal to use modern medicine.  The family has its own internal crisis as the politiical upheaval around them reaches a deadly level.  Director Tareque Masud, who wrote the script with his wife, Catherine Masud, who also edited the film, has a background in documentary filmmaking.  The Clay Bird, his first narrative feature, won a FIPRESCI Award at the 2002 Cannes Film Festival and was shown at New Directors/New Films in 2003.  It was also the first film officially submitted by Bangladesh for Oscar consideration. ~ Josh Ralske, Rovi

Four lives intersect along the Ganges: a low caste boy hopelessly in love, a daughter ridden with guilt of a sexual encounter ending in a tragedy, a hapless father with fading morality, and a spirited child yearning for a family, long to escape the moral constructs of a small town.

Two stories-one involving a father-daughter tormented by the orthodox architecture of a small town, another following the musings of a young couple from different castes, meander along the shores of the Ganges, as the river of life touches them in different ways, destined to coalesce at the Sangam.

Dear Sir...I beg to introduce myself to you as a clerk... of the Port Trust Office at Madras... I have been employing the spare time at my disposal to work at Mathematics...I have not trodden through the conventional regular course... but I am striking out a new path...

What followed in the letter were astonishing mathematical formulas, so otherworldly the letter's recipient could not help but believe they were true. Written in 1913, it has taken mankind one century to understand their meaning; along the way, the pursuit has led to solutions of ancient mathematical mysteries, breakthroughs in modern physics, and ideas which help power the internet. With this letter, Srinivasa Ramanujan-impoverished Hindu college dropout, self-taught in mathematics, reaching for worlds beyond the shores of India-introduced himself not only to G.H. Hardy (superstar British mathematician), but to the history of human thought. Ramanujan spent his youth sitting on cool stone floors in the neighborhood temple, surrounded by deities, his mind wandering the cosmos of math as he built upon the contents of a shabby textbook that was his bible. After absorbing the surprising equations in the letter, Hardy invited Ramanujan to study in England, an extraordinary offer for an Indian under colonial rule. Together they innovated vast tracts of mathematics, before Ramanujan returned to India in fragile health. Tragically, he died at 32 from a misdiagnosed illness, leaving three enigmatic notebooks that drive cutting-edge research to this day. The speaker will talk about Ramanujan and share exclusive clips from the recent Hollywood film "The Man Who Knew Infinity" which stars Dev Patel (Ramanujan) and Jeremy Irons (G. H. Hardy). 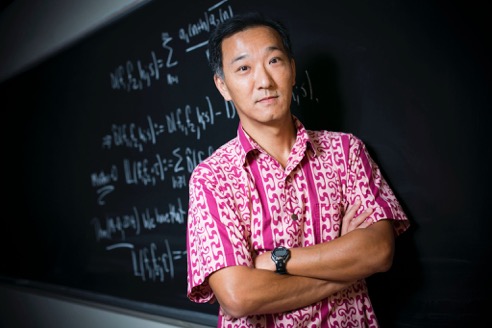 About the speaker: Ken Ono is the Asa Griggs Candler Professor of Mathematics and Computer Science at Emory University. He has authored over 150 research papers, as well as 5 books. His work includes ground-breaking results in Number Theory. He has received numerous awards and honors, including a Levy Prize, Sloan Fellowship,a Presidential Career Award from President Clinton, a Packard Fellowship, and a Guggenheim Fellowship. He is a Fellow of the American Mathematical Society, and he is a member of the US National Committee for Mathematics at the US National Academy of Sciences. In addition to his research accomplishments, Ono is also a master lecturer and teacher as evidenced by his receipt of the 2005 National Science Foundation Director's Distinguished Scholar Award. He has recently been named the George Polya Distinguished Lecturer by the Mathematical Association of America and the MacLaurin Lecturer by the American Mathematical Society. He is also an Associate Producer for the film "The Man Who Knew Infinity".

Reception: There will be a reception for Professor Ono from 2:30-3:15 pm in room 745 of the Patterson Office Tower on 27 October.

Acknowledgements: Ken Ono's visit is sponsored by the Department of Mathematics, The Dr. J.C. Eaves Undergraduate Excellence Fund in Mathematics, and the College of Arts and Sciences as part of Passport to the World - Year of South Asia. 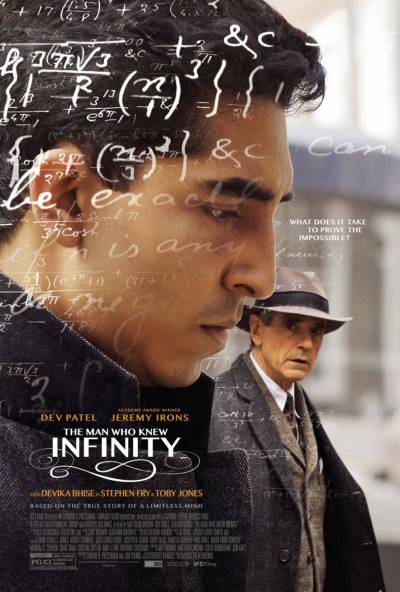