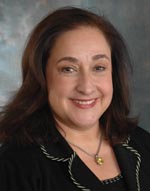 “There was pretty strong opposition to the (Vietnam) War, but the war itself was less in peoples’ mind than some of the collateral cultural issues that came out of that period of time.  The mentality was focused on intellectual freedom, the beginning of the university looking at affirmative action and discrimination.  It was a very open environment and a free-wheeling attitude.  Nobody cared about fashion:  Everybody was just excited that they could wear blue jeans all the time.

“My parents were down one parent’s weekend and there were a lot of Hare Krisnas on campus, who came up and said, ‘Read this book and you’ll take a trip to the stars.’  I remember my dad saying, ‘Well, I wasn’t even in favor of them going to the moon.’  I actually think this was the period were space exploration was becoming a little blasé.  After the moon walk, I don’t recall a lot of attention to space exploration.

“I think of it as a time of enormous amount of intellectual energy and creativity on campus.  There was a lot of cross-fertilization among the arts and sciences professors.  I took classes in intellectual history, English, as well as political science.

“We spent hours in the cafeteria of the Student Center, debating philosophers, and history, and politics.  There were specific tables where people were likely to gather, and there were professors who often came by to have lunch and argue about stuff. There was vast passion and debate and divide over, what in retrospect seems, fine intellectual points; like we believed the history of the world was going to turn on whether you were a generalist!  It was really exciting, and there was a lot of intellectual interaction between professors and students.

“I have some memory of the ‘Mary Tyler Moore Show’ and ‘All in the Family,’ but I don’t think that television had much influence over our lives at all.  We just didn’t have access to it, and, frankly, it was highly distained, very uncool.

“The Student Center Movie Series were a very big deal.  It was a big social event on Wednesday night to go see the Fellini movies.  Unlike television, film was the center of everyone’s universe.

“We were very campus-centric.  There was a great, seedy bar called The Paddock, down at the corner of Rose and the Avenue of Champions, where a lot of people went.  Sometimes, around finals week, we liked to ignore finals and go to the derby.

“We also liked Frisbee, which was a big deal.  There was a field right beside the Student Center, where a lot of important Frisbee Tournaments took place.”