All over the world victims and perpetrators of homicide are mostly men, but when women are intentionally killed it is likely to be at the hands of men, particularly ones they know. The United Nations Office on Drugs and Crime estimates that almost half of all female homicide victims worldwide, but only six percent of male victims, were killed by intimate partners or family members.

Interestingly, while the total homicide rate in the United States is higher than most European countries, the percentage of homicide victims who are female is more than twice as large in Europe (28%) compared to the Americas (12%). Understanding why countries differ in the amount and types of crime is the primary focus of Assistant Professor of Sociology Janet Stamatel’s research. 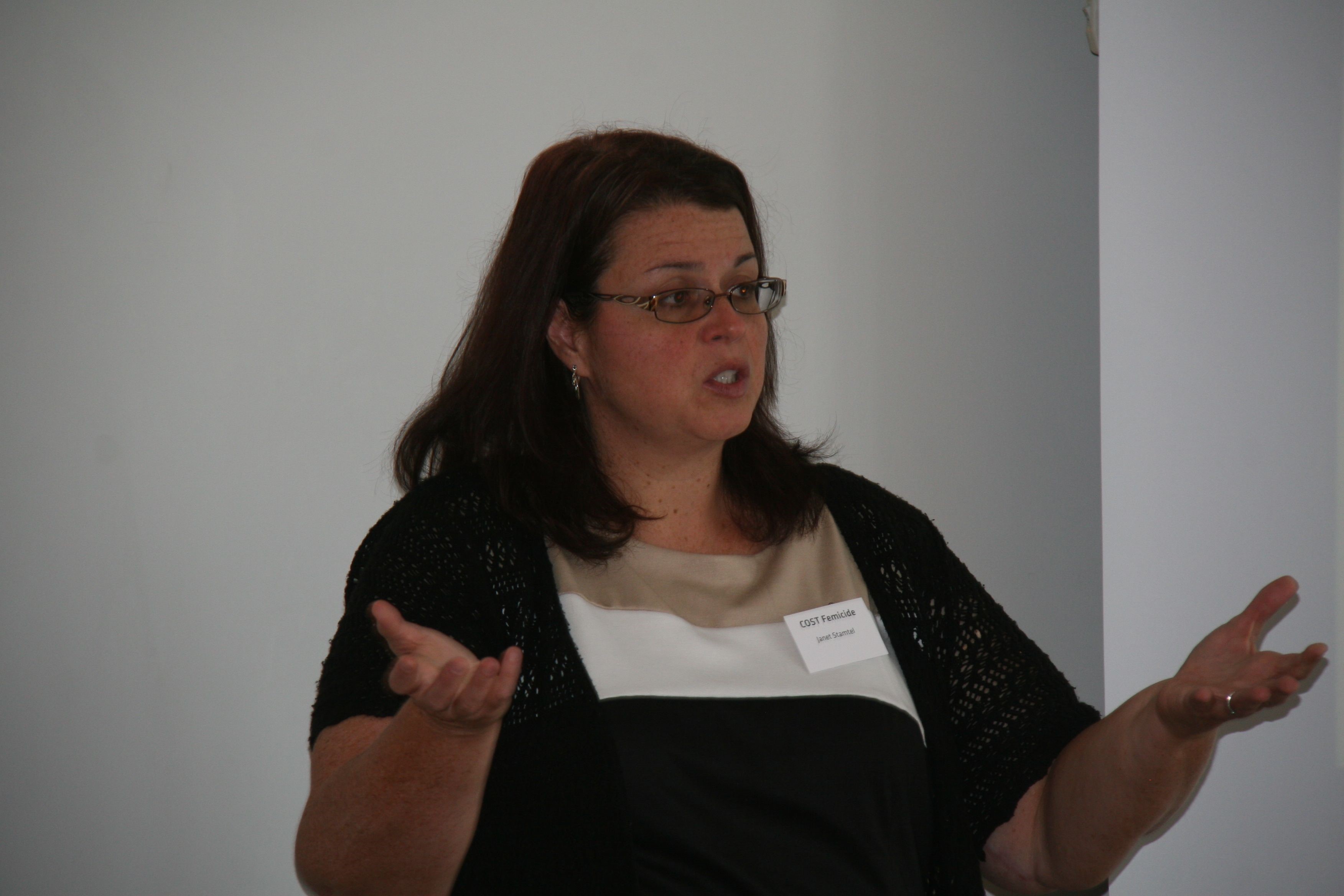 In order to end violence against women, we need a better understanding of the extent, circumstances, and causes of these deaths around the world. To help achieve that understanding, the European Cooperation in Science and Technology has funded a research network to study femicide across Europe. Femicide is the killing of women because of some factor related to their gender. It does not include accidental or arbitrary killings, but instead focuses on the fact that most women are killed because they are women. This includes deaths resulting from domestic violence, family violence, honor killings, gender-based infanticide, and the targeted killing of women at war. It captures the extreme outcomes of violence against women. Researchers from 27 European countries have been working together for over two years to create a framework to systematically study this problem and guide policies to prevent it.

Prof. Janet Stamatel was invited to participate in this research network because of her expertise on violence in Central and Eastern Europe and her interest in methods to reliably compare crime across countries. In September of 2014 she was a keynote speaker at the group’s meeting in Hafnarfjordur, Iceland where she discussed how to build common concepts and definitions across cultures and countries. In March 2015 she attended the second annual conference on femicide in Europe, which was held in Zaragoza, Spain, thanks to the support of the College of Arts & Sciences and the Department of Sociology. She has also published on the subject of female homicide victimization in Europe, most recently in the European Journal of Criminology (http://euc.sagepub.com/content/11/5.toc).

>>Visit Professor Stamatel's webpage and listen to A&S podcasts with her.