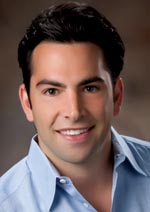 “Going to UK sporting events was something I always enjoyed.  In 1993, our football team went to the Peach Bowl and our basketball team went to the final four.  Primarily, we just stayed on campus, because it was pretty central.  We could walk to mostly everything we did.  Though Keenland was always fun if we went off campus.

“When I was a kid, we had early stages of something like the Internet, called Prodigy.  People were starting to get involved in computers and utilizing new technology.  The technology evolved very quickly.  In 1992, the World Wide Web was born and shortly after the university started offering e-mail accounts.  I got my first e-mail address.  It was memorable because after graduation I got thrown into the technology industry, and within a few years I was a founder of an Internet-based technology company.

“I remember people talking about how the United States was becoming the ‘world policeman.’  Heading into my freshman year, we had just ended the Gulf War.  In 1993, we dealt with the Somalia confrontation.  By the time I was preparing to graduate, we were sending troops to Haiti.  I watched President George Bush and Boris Yeltsin in a news conference proclaiming a formal end to the Cold War (even though the conflict had ended many years before), and I realized it was something that my children would read about as a historic event.  It had a great impact on me, because I remember being scared of the Soviet Union as a child.

“I had a lot of interests, so a topical major allowed me to concentrate on core classes in different fields – sociology, economics, and accounting – instead of having an academic plan laid out for me like a typical major.  I had a pretty aggressive schedule to graduate in three-and-a-half years.  I was taking almost 18 to 20 hours a semester, which limited my free time.  Still, I was on Student Council and in a fraternity, Delta Tau Delta.  I’ll never forget having the opportunity to work with the president of the university to change the Student Bill of Rights.”