The worldwide competition recognizes the most outstanding student-made videos developed around psychological concepts related to memory. 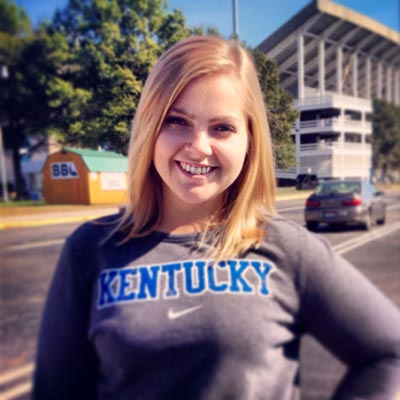 McCord’s entry, judged by a panel of leading psychologists, was among entries from the U.S., Europe, South America, and Asia. In addition to receiving a cash award of $3,000, her video focusing on a phenomenon of autobiographical memory, will be included as a part of the Noba Psychology digital textbook in a module centered on memory.

The Noba Psychology Collection is a free and open-licensed intro-to-psychology resource created for college-level learners and instructors as an alternative to expensive traditional textbooks. Noba emphasizes “active” learning and created the 2014 Student Video Award as an opportunity for students to connect to the science of psychology in a creative and meaningful way.

Referring to McCord’s entry, Noba co-founder Ed Diener said, “As scientists we put a heavy emphasis on accuracy and as instructors we value clarity in our communication. Kara did a terrific job getting the flashbulb memory concept across in a way that will really help other students learn.”

Noba plans to announce a new video award competition for the coming academic year in September of 2014.