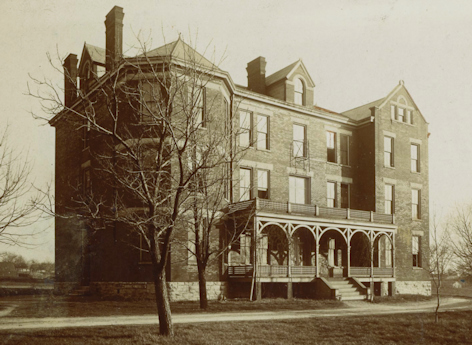 In celebration of the University of Kentucky's upcoming sesquicentennial in 2015, the 55th of 150 weekly installments remembers Neville Hall, the fifth building constructed at the institution.

The New Dormitory, the second building added to the institution's original three buildings, was constructed in 1890 at a cost of $14,500. It was remodeled for classes in 1918 due to a report in June of 1917 that described the New Dormitory and the Old Dormitory as "public nuisances."

On Dec. 18, 1919, the Board of Trustees, following the recommendation of President Frank L. McVey, renamed the building known as the New Dormitory Neville Hall in honor of Professor John H. Neville, who was for many years a professor of Latin (now classics) and Greek and for a time served as vice president.

In the 1930s, the building housed the departments of Hygiene, Psychology, and the Dispensa 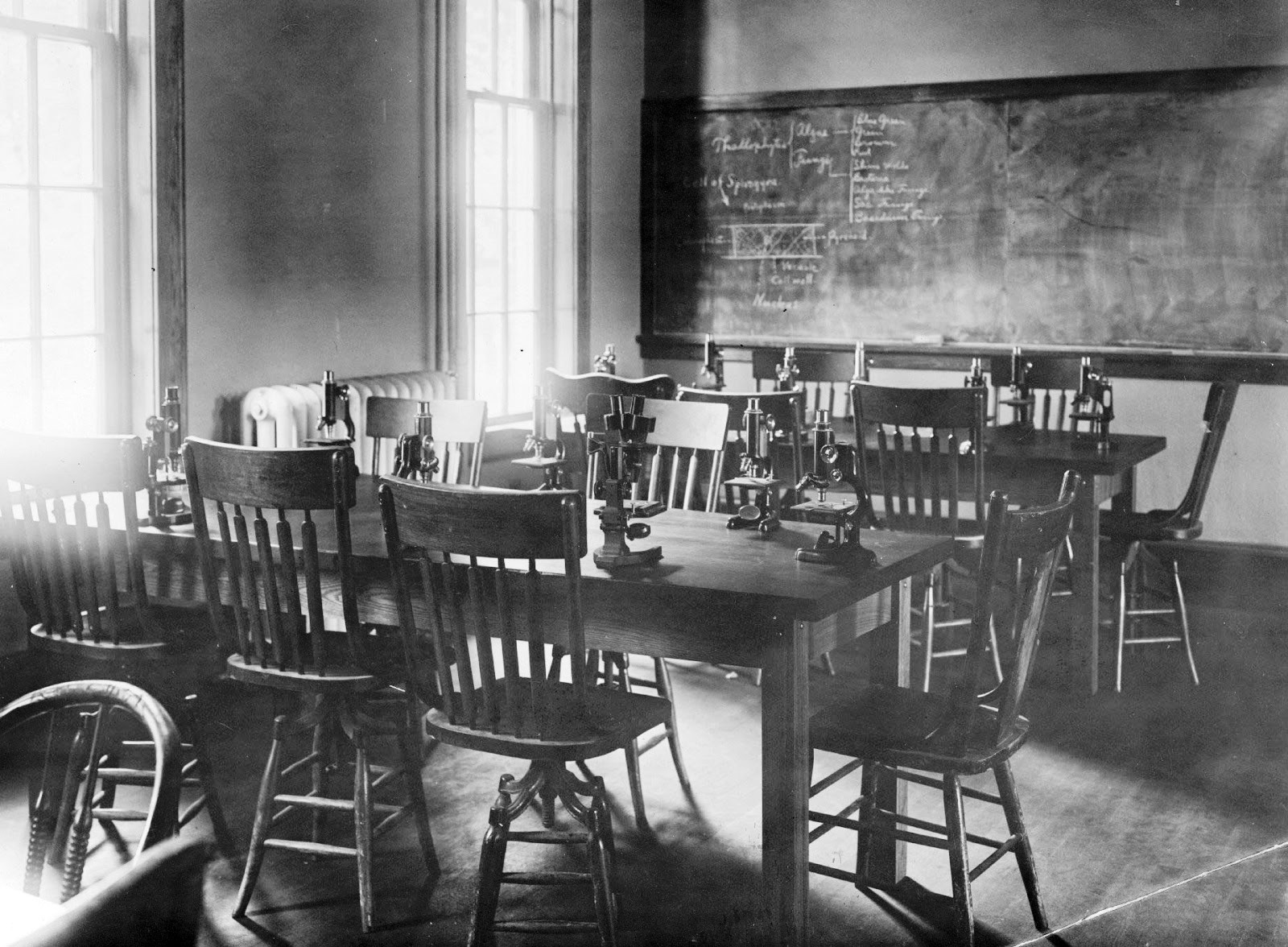 ry. The building, which was located behind the Gillis Building, deteriorated over the years and in 1937 the Board of Trustees recommended that the building be abandoned. They recommended abandonment again in 1942.

By 1955, the building was still in use, housing the Department of Psychology. At that point the south wall bulged three to five inches out of line. Classes were being held on the third floor and while there was no immediate danger of the building collapsing, the brickwork was rotten, wood infested with termites, plaster was loose, wiring in dangerous condition, and lighting and plumbing were obsolete. Frank D. Peterson, the university comptroller condemned the third floor. Despite this, use of the building continued as there was no other space for the Department of Psychology. 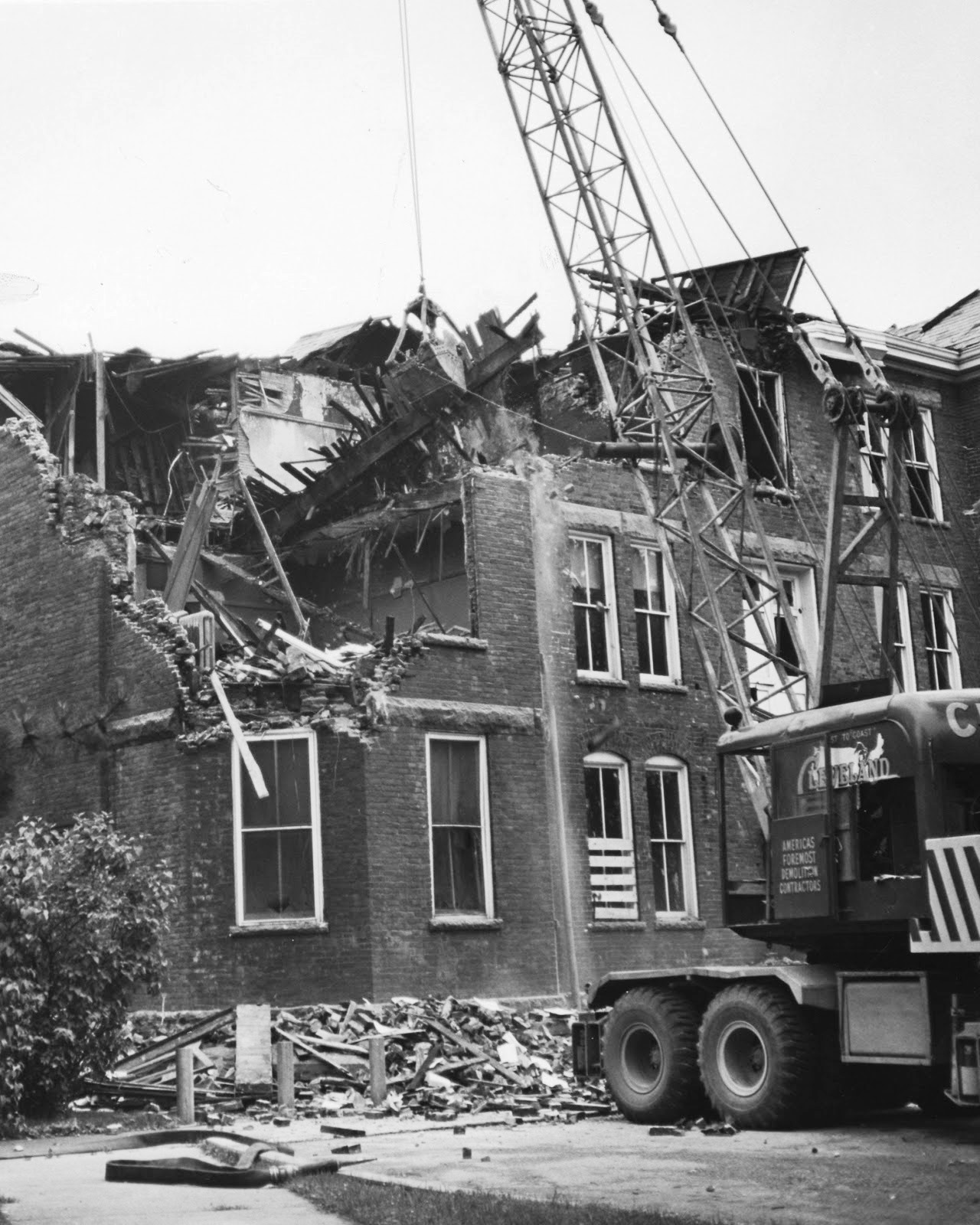 On Jan. 9, 1961 fire swept through the 71-year-old Neville Hall. Seventy students and 10 faculty members were in the building and all got out safely. The wood of the building burned away along with the research of many psychology graduate students. The building was so badly damaged by the fire that destruction was necessary. It was the first serious fire since the 1956 fire at Frazee Hall (then known as the Education Building). After Neville Hall was demolished, the land was used for a parking area and lawn.

This story on UK's history is presented by UK Special Collections. Special Collections is home to UK Libraries' collection of rare books, Kentuckian, the Archives, the Louie B. Nunn Center for Oral History, the King Library Press and the Wendell H. Ford Public Policy Research Center. The mission of Special Collections is to locate and preserve materials documenting the social, cultural, economic and political history of the Commonwealth of Kentucky.