(Oct. 10, 2013) — When you eat could have as much impact on your health as what you eat. That's the conclusion reached by researchers in an ongoing series of papers and studies funded as part of a major grant from the National Institutes of Health.

Vincent Cassone, University of Kentucky College of Arts and Sciences professor and chair of the Department of Biology, has published more than 100 papers in leading academic journals on the internal timekeeping functions of the body. 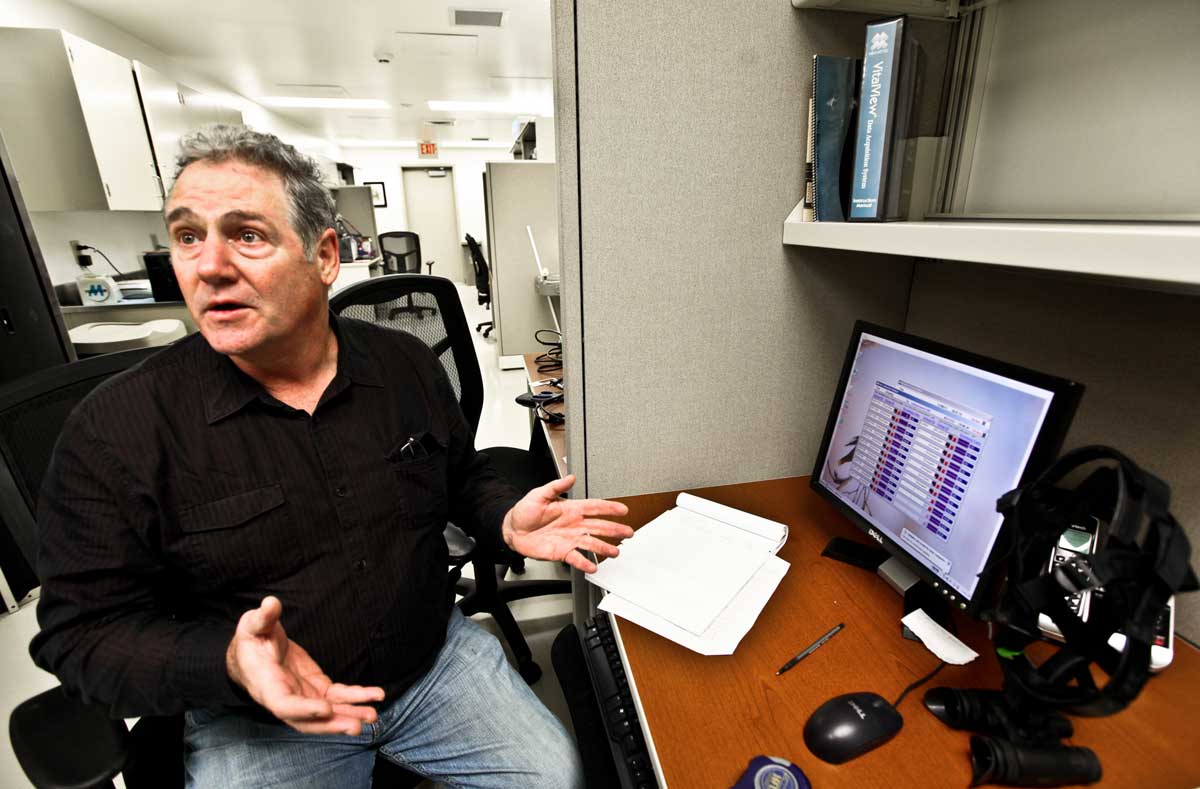 "Biological rhythms are a fundamental property of all living things," said Cassone, who has extensively studied biological clocks in animal models and cites high rates of gastrointestinal illnesses and cancer that can be impacted by, among other things, eating patterns and digestion.

Cassone began working on body clocks and digestion as part of a collaboration with a gastroenterologist studying the role of body clocks in the digestive system. He is currently working with the support of $1 million grant from the National Institute on Aging, a division of the National Institutes of Health, to study how the gastrointestinal clock is affected by aging.

Scientists have known for some time that there is a localized brain clock located in the suprachiasmatic nucleus (SCN). This neurobiological timekeeper sends out signals to the brain telling the body when to eat, rest, rebuild tissues and perform other key functions.

Cassone has noted that in addition to the SCN, there are circadian clocks embedded in tissues throughout the body. Regulated by genes, these clocks tell the various organs and tissues when to perform their functions that maintain the body. However, when the SCN and the peripheral body clocks come into conflict, the body is thrown into confusion.

One way that the SCN and peripheral body clocks can be thrown out of sync is through off-schedule eating.  A great deal of evidence underscores the idea that people who eat at unusual times — including night shift workers, international travelers, and others who are up and active at odd hours — have more digestive illnesses than those who eat primarily during daytime hours, when the motility of the gastrointestinal system is at its peak.

"The biological clock doesn't match our modern lifestyles," said Cassone, speaking of Americans' tendency to eat late, heavy meals over the protestations and natural rhythms and progression of their internal clocks.

People who eat large amounts of food at a time when their SCN believes they should be asleep and performing bodily processes associated with healing and restoration, rather than digestion, are more prone to suffer from an array of ailments including colitis, Crohn's disease, colon cancer and irritable bowel syndrome.

Even if the person is used to being up all night for their work or other lifestyle requirements, the clocks governing their body are not prepared to digest full meals at a time when the body believes it should be resting and restoring itself. High rates of gastrointestinal illnesses, for example, have been documented in populations such as night-shift nurses.