War and Peace in Russia's Realms: A&S 100 with Karen Petrone 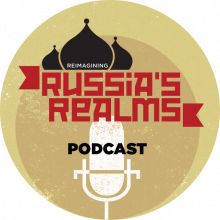 Later this spring, Professor Karen Petrone will begin teaching a new 7-week class as part of this year's Passport to the World Program: Reimagining Russia’s Realms. The class, A&S: 100 - War & Peace in Russia's Realms will explore the Russian and Soviet experience of World War I, the Russian Civil War, and World War II through literature, film, and history. Additionally, students will have the opportunity to discover Russian author Leo Tolstoy’s surprisingly influential role in the development of the non-violent resistance movement.

Petrone, the chair of the Department of History, hopes to help students analyze how Russian memories of past wars shape the country today. This topic is one Petrone is already quite familiar with—so much so in fact she's written a book on the subject: The Great War in Russian Memory.
The course also offers a unique opportunity for students to learn about Russia's past through its connection to a series of other classes and a play that students will have the opportunity to see at the end of the semester.
A&S 100 - War & Peace in Russia's Realms begins this coming March 5th and interested students will have until March 11th to sign up.

This podcast was produced by Patrick O'Dowd.