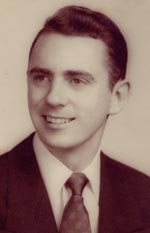 Jim Anderson
1949 - 53
Bachelor of Science in Anatomy and Physiology

“When I was at UK, I remember it was a really happy, peaceful time.  It was a fairly quiet time politically – no great conflicts.  We didn’t know what a demonstration was!  There were a lot of headlines about the communist infiltration of the government, during the time of the McCarthy hearings.  People were very afraid, paranoid, of communism:  It was a bad word, a dirty word.

“Paul ‘Bear’ Bryant and Adolph Rupp were coaching and the teams were winning.  Segregation was in place, but it was something that was accepted at the time.  Segregation wasn’t a big, controversial issue.  The real violent times, the riots, came later in the late 50’s and early 60’s.  At the time, though, it was just a fact of life.  People didn’t talk about it much and it was very much present on campus. 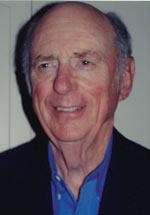 “At the time, TV sets were very rare, but there were some.  Our fraternity house did not have one, but I believe there was a TV in the grill beneath the student union building.  TV wasn’t a major form of entertainment yet, we didn’t sit around watching a lot of it.  We found other things to entertain ourselves.  The time I was at UK was sort of a transition time for television; namely, people were fascinated by TV, but the picture and sound quality wasn’t good enough to keep you pinned to the set.”