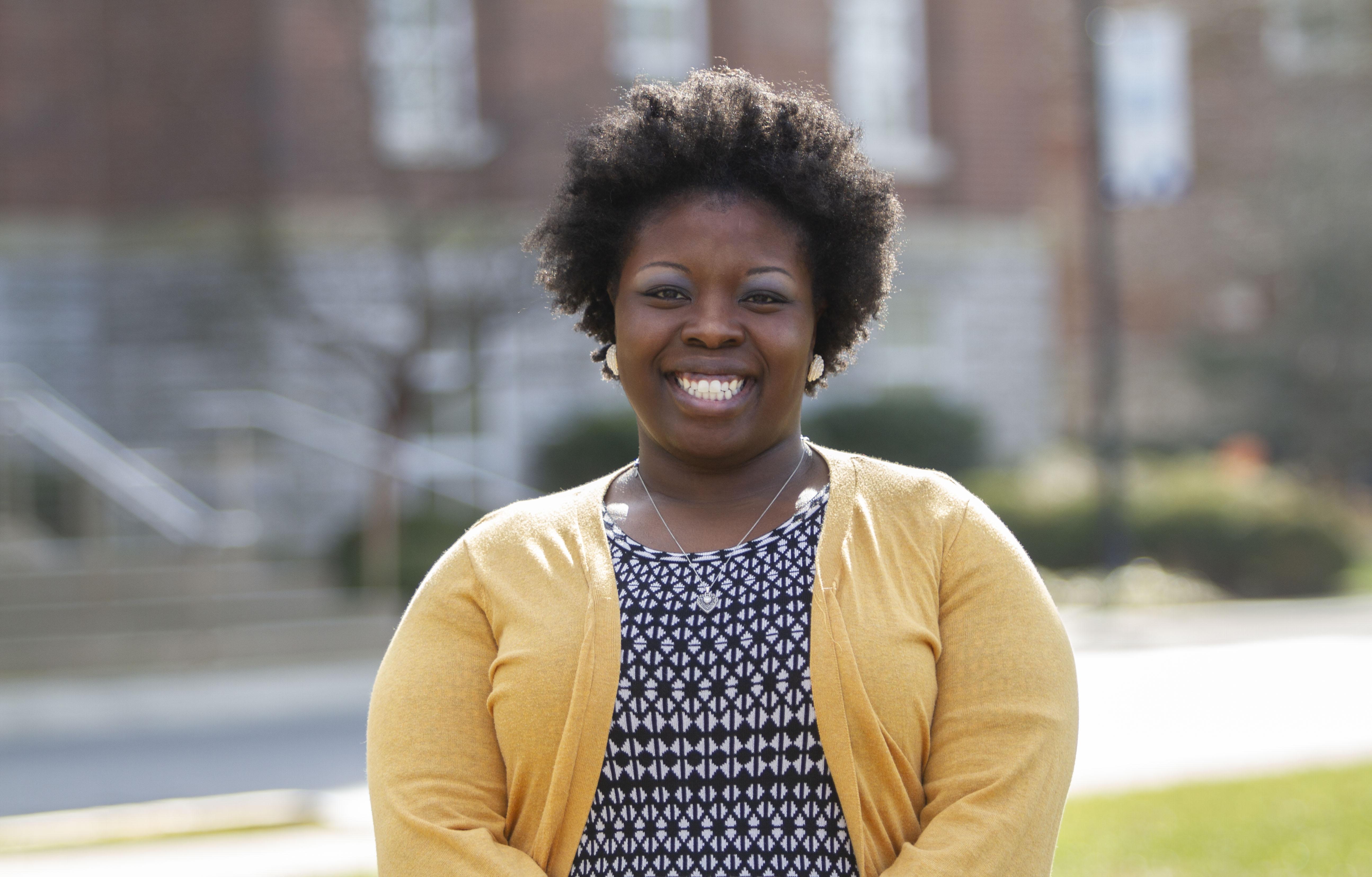 LEXINGTON, Ky – As Black women gained economic status in the United States, one of the big issues that arose involved what their daughters’ toys would look like. It’s an issue Aria S. Halliday finds fascinating.

"At the turn of the 20th century, a lot more Black people were able to participate in the consumer marketplace,” said Halliday, assistant professor in the Department of Gender and Women’s Studies and Program in African American and Africana Studies at the University of Kentucky’s College of Arts & Sciences. “They want stuff that represents their culture and who they think they are. From then to the present, we've been debating that. And I think that’s part of the thrust of the book.”

Her book, “Buy Black: How Black Women Transformed U.S. Pop Culture,” was published earlier this year by the University of Illinois Press. The book examines the image of Black women found in dolls, princesses and rag-to-riches stories that represent girlhood in popular culture. Her studies take her back all the way to the close of the 19th century, however, when some of these debates began.

"This is an argument that we've been having in 2020 or 2000 or 1990, but ultimately it's an argument that comes all the way from the very beginning of the 20th century,” she said. “It’s about what is actually going to be representative of Black people in black culture."

“Germany started making this filament that kind of looks brown — it's like a green brown — in 1904, and they start using it to make dolls,” she said. “Boyd and his family started to import these dolls. They're, browner than what you can get on the market, and it begins a whole argument about what an actual Black doll should look like. Then Marcus Garvey meets two Black women who are making dolls from a similar filament in New York, and he says, ‘You know, if we're thinking about liberation for Black people, we need to be making dolls, too.’ This conversation about dolls goes far beyond just being about playthings.”

Jump to the 1950s, when the book starts off. Companies like Mattel are marketing directly to children. Doll ads proliferate. Black women begin to exert market influence on manufacturers as they select toys and other cultural items for their children.

“I make the argument in the book that a lot of this stuff ultimately is about parents, because children are not the people who have the money,” she said. “These companies have to figure out how to market to their parents, so you have Black woman creating a product to sell to a Black woman for her daughter.”

Halliday expands the reach of her book to include other influences Black women had on their own culture and American culture as a whole.

"I’m creating a way to think about Black women and their contributions to U.S. popular culture," she said. "I’m thinking about first Black Barbie and the first Black princess and the ways that hip-hop are changing what American culture even means. It’s about how these things contribute to our understanding of what pop culture looks like and what Black people have had to contribute to it.”

Halliday earned a doctorate in American studies at Purdue University in 2017. The gist of her research lies in examining the concept of Black American girlhood, and she served as co-chair of the Girls’ and Girls Studies Caucus at the National Women’s Studies Association. She is spending a year as a researcher at the University of Texas-Austin. With “Buy Black,” she’s considering a broader notion: how to celebrate a culture appropriately and make money, too.

"It's a process where Black women work with people like Disney and Mattel to create products for themselves as consumers,” she said. “That's where I conclude the book: We've been really invested in this conversation about representation, and that we want everybody to be represented.”