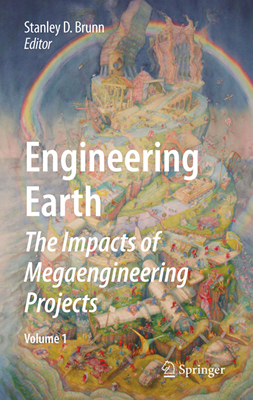 Stan Brunn, geography professor, author, and editor of various publications has edited the three-volume set “Engineering Earth: The Impacts of Megaengineering Projects.” Springer Publishing released it this year; the whole set contains 126 chapters over 2250 pages. Dick Gilbreath produced many of the figures in the work.

There is an introductory chapter by Stan Brunn and Andy Wood; and there is another chapter authored by Brunn. In addition to many well known scholars from across the world, the names of many UK alums appear in the table of contents, including Mark Graham, John Bowen, Ben Smith, Darren Purcell and Jerry Webster. UK students Andrew Boulton, Zina Merkin, and Lauren Martin are featured as authors or co-authors of chapters. Other contributors include colleagues from other departments on campus, such as Ernie Yanarella, Chris Rice, Daniel Brass, Joe Labianca, Michael Hughes, Thomas Neiman and Richard Levine.