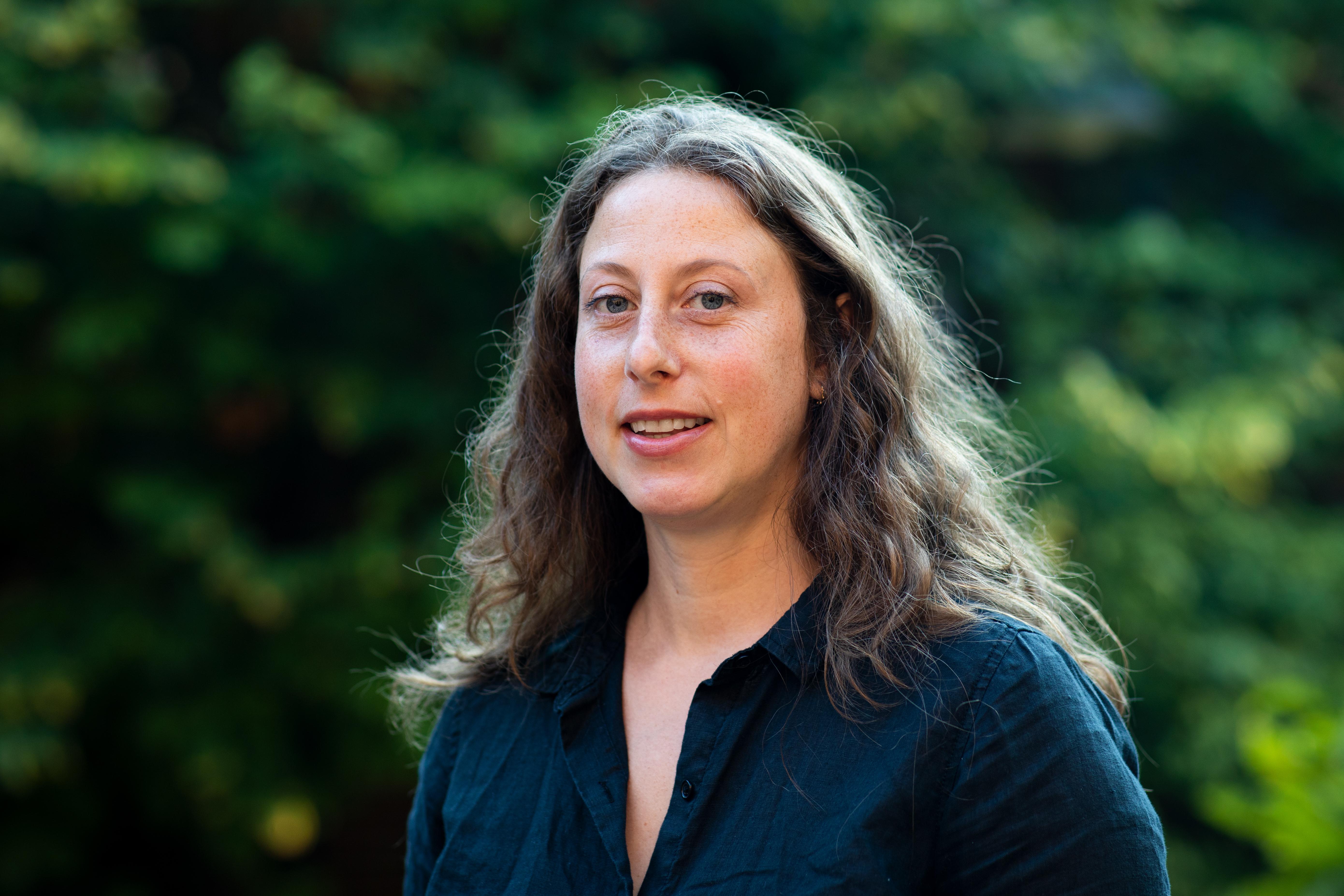 Eve Schneider, an assistant professor in the University of Kentucky College of Arts and Sciences' Department of Biology, has been named a 2020 Sloan Research Fellow by the Alfred P. Sloan Foundation. The award honors early-career researchers.

Schneider is one of 126 selected across the U.S. and Canada, and is first UK scholar to receive the fellowship in 25 years. She is also the first woman from UK to receive the honor.

"I’m incredibly honored to join the ranks of all the distinguished researchers who’ve won this award. It’s a lot to live up to! This fellowship is an amazing vote of confidence that my burgeoning lab is on the right path," Schneider said.

Schneider's research lab studies tactile foraging birds, such as mallard ducks, to increase understanding of general principles of the sense of touch. These species of duck are a useful model because the ducks' bills are covered with skin containing corpuscles, which are comparable to the corpuscles in human fingertips.

“Dr. Eve Schneider is a creative, rigorous scientist who employs 21st century technology to answer fundamental questions about the ways our brains work," said Vincent Cassone, professor and chair of the biology department, who nominated Schneider for the award. "She uses an unusual model system, the duck bill, to understand a fundamental scientific question, in this case the development and dynamics of human touch. This approach is central to the philosophy of science in the UK Department of Biology.”

Awarded annually since 1955, the Sloan fellowships honor scholars whose creativity, leadership, and independent research achievements make them some of the most promising researchers working today.

“To receive a Sloan Research Fellowship is to be told by your fellow scientists that you stand out among your peers,” says Adam F. Falk, president of the Alfred P. Sloan Foundation. “A Sloan Research Fellow is someone whose drive, creativity and insight makes them a researcher to watch.”

Past Sloan Research Fellows include many towering figures in the history of science, including physicists Richard Feynman and Murray Gell-Mann, and game theorist John Nash. Fifty fellows have received a Nobel Prize in their respective field, 17 have won the Fields Medal in mathematics, 69 have received the National Medal of Science, and 19 have won the John Bates Clark Medal in economics, including every winner since 2007.

A database of former Sloan Research Fellows can be found at https://sloan.org/past-fellows.

Fellows from the 2020 cohort are drawn from a diverse range of more than 60 institutions across the U.S. and Canada.

“There is a wide variety of winning institutions, but each one has successfully attracted, retained, and nurtured truly promising junior faculty,” says Daniel L. Goroff, director of the Sloan Research Fellowship program. “The Alfred P. Sloan Foundation is proud to join with these institutions in recognizing and supporting scientific leaders of the future.”

Open to scholars in eight scientific and technical fields — chemistry, computer science, economics, mathematics, computational and evolutionary molecular biology, neuroscience, ocean sciences, and physics — the Sloan Research Fellowships are awarded in close coordination with the scientific community. Candidates must be nominated by their fellow scientists and winners are selected by independent panels of senior scholars on the basis of a candidate’s research accomplishments, creativity and potential to become a leader in his or her field. Nearly 1,000 researchers are nominated each year for 126 fellowship slots. Winners receive a two-year, $75,000 fellowship which can be spent to advance the fellow’s research.

A full list of the 2020 Fellows cohort is available at https://sloan.org/fellowships/2020-Fellows.

The University of Kentucky is increasingly the first choice for students, faculty and staff to pursue their passions and their professional goals. In the last two years, Forbes has named UK among the best employers for diversity, and INSIGHT into Diversity recognized us as a Diversity Champion three years running. UK is ranked among the top 30 campuses in the nation for LGBTQ* inclusion and safety. UK has been judged a “Great College to Work for" two years in a row, and UK is among only 22 universities in the country on Forbes' list of "America's Best Employers."  We are ranked among the top 10 percent of public institutions for research expenditures — a tangible symbol of our breadth and depth as a university focused on discovery that changes lives and communities. And our patients know and appreciate the fact that UK HealthCare has been named the state’s top hospital for four straight years. Accolades and honors are great. But they are more important for what they represent: the idea that creating a community of belonging and commitment to excellence is how we honor our mission to be not simply the University of Kentucky, but the University for Kentucky.