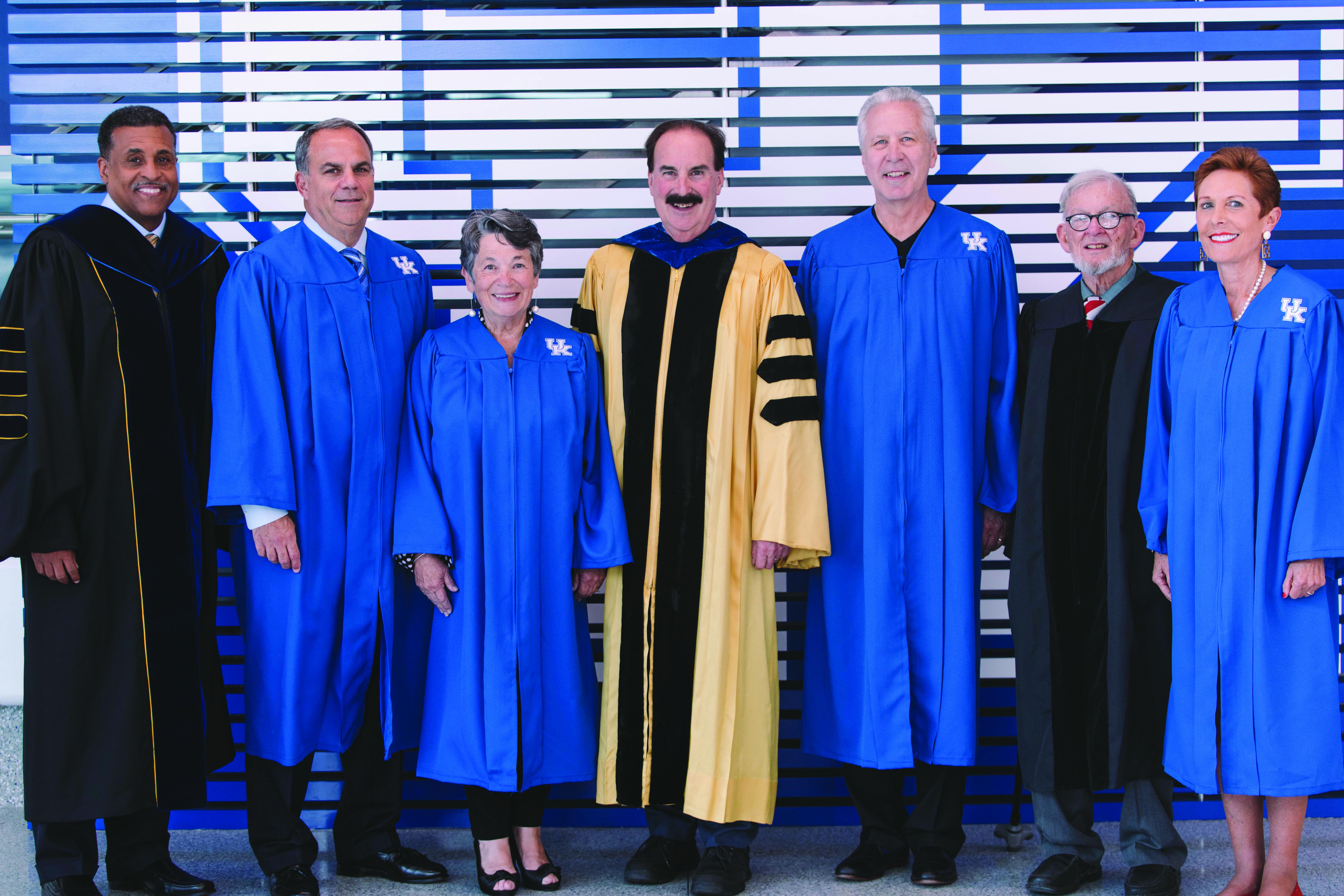 Anne C. Deaton, English '67, has focused her career on the socio-economic, health and public policy issues related to seniors. In Columbia, Missouri, Deaton co-founded the Children’s Grove, an organization devoted to promoting a culture of kindness and supporting the health of young people through community education, the arts and the environment.

Gerald L. Smith, History ’81, ’83, ’88, served from 1997 to 2005 as director of the UK African American Studies and Research Program. He is a full professor of history and former Theodore A. Hallam Professor and Martin Luther King Center Scholar-in-Residence. His awards include induction into the Martin Luther King Jr. Collegium of Scholars of Morehouse College and the Evelyn Black Award from the UK Black Student Union.

Steve Sullivan, Geology ’79, worked the waste-water approval process that paved the way for Toyota Motor Manufacturing Kentucky; the environmental documentation needed to approve construction for Yatesville Lake in eastern Kentucky; the redevelopment of the property in Louisville that is now Waterfront Park; the development of the Louisville Slugger Stadium; and the expansion of the Louisville International Airport.

Robert N. Trunzo, Political Science ’78, became the eighth president and chief executive officer of CUNA Mutual Group in 2014. He served as secretary of commerce under Wisconsin Gov. Tommy Thompson, where he directed the state’s economic development efforts. He also served as chairman of the Southeast Wisconsin Professional Baseball Park Board of Directors.

Bradley C. Canon, Department of Political Science, came to UK in 1966 and retired in 2008. He taught such courses as “Civil Liberties in the U.S.: The Supreme Court, Constitutional Interpretation and Privacy Law and Issues.” His primary focus was on the impact of court decisions and what happened afterward. He wrote a book on judicial impact, “Judicial Policies: Implementation and Impact.” He also served as chair of the University Senate and acting dean of the College of Arts & Sciences.

Penny Miller, Political Science ’64, ’86, Department of Political Science, founded the Metro Group Homes and co-chaired the Lexington Jewish Women’s Federation. A specialist in state politics, she wrote “Kentucky Politics and Government: Do We Stand United?” and co-wrote with Malcolm Jewell “Political Parties and Primaries in Kentucky and The Kentucky Legislature: Two Decades of Change.” President Bill Clinton appointed her to serve for eight years on the White House Commission on Presidential Scholars.