My dissertation, “Forum on Conquest: Past-Present Cultural Politics of Coloniality in Latin American Cinema,” analyzes the representation of Spanish Conquest in film as a critical commentary on the cultural present. Chapter 1, “Directorial Discord: The Cultural Politics of Representation in Apocalypto (USA/Mexico/UK, 2006) and Retorno a Aztlán (Return to Aztlán, Mexico, 1991)" focuses on how these films represent the (im)possibility of Indigenous heroic protagonism and futurity in the origins of Conquest. Apocalypto presents a Eurocentric vision of Indigenous defeat in which the Spaniards prevail because of an implicit Indigenous cultural inferiority, a vision that is contested by an Indigenous-inspired vision of cultural survival in Retorno a Aztlán, whose title indicates the film’s central argument: that this mythical Indigenous homeland was never fully vanquished by the Spanish, and that a moral—if not physical—return is still possible. Chapter 2, “Reinterpreting the Conquest: Resistance as an Ideological Weapon to Preserve Identity in Salvador Carrasco’s La otra conquista (The Other Conquest; Mexico, 1998), Gabriel Retes’s Nuevo Mundo (The New World; Mexico, 1978), and Roland Joffé’s The Mission (USA/Paraguay, 1986),” posits that the Conquest myth of absolute Indigenous religious conversion to Catholicism is problematized via ambivalent spiritual relationships between Spanish priests and their Indigenous converts. These films suggest that the converts never fully converted; rather, they harnessed the power of European iconography as a vehicle for the preservation of Pre-Colombian spirituality. Chapter 3, “Capital and the Narrative of Self-Preservation,” analyzes the representation of transnational capital on the global stage in Guillermo del Toro’s Cronos (Mexico, 1993), Fia-Stina Sandlund and Alejo Moguillansky’s El escarabajo de oro (The Gold Bug; Sweden/Argentina, 2014), and Icíar Bollaín’s También la lluvia (Even the Rain; Spain/Bolivia, 2010), where a colonial past is tied to the contemporary contest for control over Latin American resources. The result of who exercises control over local and national capital becomes a thought field on Latin American sovereignty, with themes of autonomy, self-determination, and freedom being played out through film to judge the impending neoliberalization that has swallowed domestic resources in the service of global interests. In light of the public protests that have destroyed Conquest monuments in the United States, Latin America, and Europe over the past year, I offer my study of these films as a way of understanding the contestatory logic of this movement.

"'The World is Thus': Resistance and the Ambivalent Power of Conversion in Gabriel Retes’s Nuevo Mundo, and Roland Joffé’s The Mission." American Comparative Literature Association. (Slated for Spring 2023). 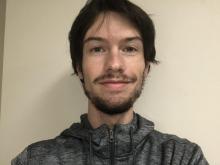