Axioms of the Dominant Controls Concept

The “dominant processes concept” in hydrological modeling argues, in essence, that there are too many potentially relevant hydrological processes to feasibly or efficiently include them all in a single model. However, in any given watershed a handful of processes dominate the hydrological response, and an effective model may be developed based on those. This argues for adapting models to local conditions and needs, rather than attempting to construct “one size fits all” models designed to handle any watershed, anytime, anywhere. Grayson & Blöschl (2000a) are credited with initiating the DPC; I encountered it through Bellie Sivakumar (2004, 2008).

In an article on avulsions a few years ago, I argued that the dominant processes concept can be generalized to a “dominant controls concept” (DCC) in geomorphology, and probably Earth and environmental sciences more generally. The DCC implies that, while there may exist a very large number of factors and processes that can influence a given phenomenon (in that case, avulsions) in any given geomorphic system some will be irrelevant and others of comparatively negligible influence, leaving a few dominant controls to deal with. 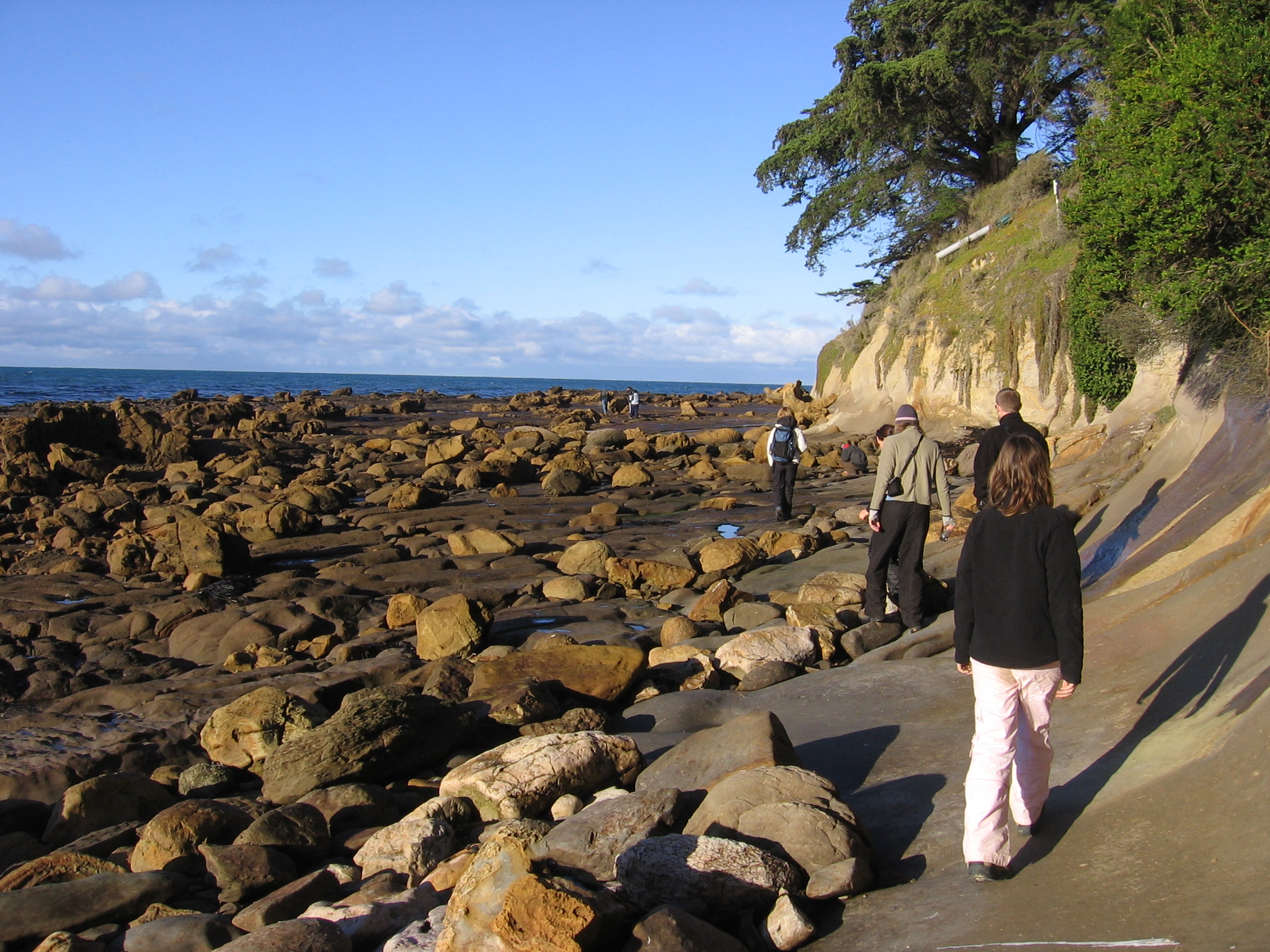 According to the DCC, structure & dynamics of this New Zealand shore platform—like any other Earth surface system—is dominated by a few key controls.

Not long after, I wrote down some axioms of the DCC/DPC, intending to eventually flesh them out in an article.  That looks increasingly unlikely, but as I think they might be useful, I am laying them out here.

The DCC is intended to guide not only predictive modeling, but also any effort to understand, analyze, or represent Earth Surface systems. The axioms:

1. For any Earth surface system (ESS) a few controls account for the great majority of variation. This includes variations in system response and outputs, and also variability of key components and fluxes within the system. My experience with geomorphic, hydrologic, and pedologic systems indicates that the number of dominant controls is generally a half-dozen or less. Note that this refers to specific ESS, such as the Shawnee Run watershed, Kentucky, or the Otter Creek marshes, North Carolina—not to generic ESS such as fluviokarst watersheds or brackish marshes in general.

2. ESS responses to change are dominated by a few critical or essential behaviors or phenomenologies. This is a corollary to axiom 1.

This axiom recognizes the fundamental, irreducible role of geographical, historical, and scale contingency in ESS—which was the primary motivation for developing the DPC and later the DCC in the first place.

4. Appropriate models or representations include dominant controls and exclude or minimize others. This follows fairly obviously from 1 and 2 above. But since axioms are self-evident truths that require no proof, that’s OK . . . .

To me, and I think many others, both personal and collective experience support numbers 1 and 3 above as axiomatic, and if those are accepted, 2, 4, 5 must also be true.